On a lighter note: SpaceX releases its “close but no cigar” video of stage landing attempts

While we all know that SpaceX has managed to land its Falcon 9 first stages successfully, the firm has, for a bit of fun, released footage of its failed attempts…and some are jolly amusing (see the drunkenly sliding rocket especially). 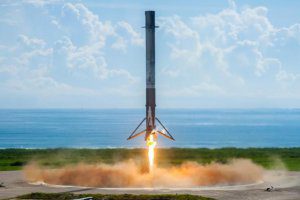 The first-stage of the Falcon 9 returns to Earth and lands back at Cape Canaveral. Courtesy of SpaceX

Mind you, they put the wrong score on it. John Philip Sousa’s “The Liberty Bell” is a bit of a military-style march even if it was used in the Monty Python’s Flying Circus TV comedy sketch shows. “Get it right next time” by Gerry Rafferty would have been much better.

When it comes to making happy landings, negotiating high winds is always tricky. And if you have a high-performance aircraft even worse. It was not for nothing that the early astronauts were mainly drawn from fighter jet test pilots.

As such, word of thanks had to be given to those Swedish expert pilots who flew the rarely seen old fighter jets of Swedish Air Force Historic Flight in some very blustery conditions at the most excellent Jersey International Air Display in September. The Channel Islands usually enjoy benign weather at that time of year, but this year, in addition to the sun and seagulls, there were some very squally showers to contend with. Mind you the space-age look of the double-delta Draken jets did at least put the wind up the seagulls a bit. 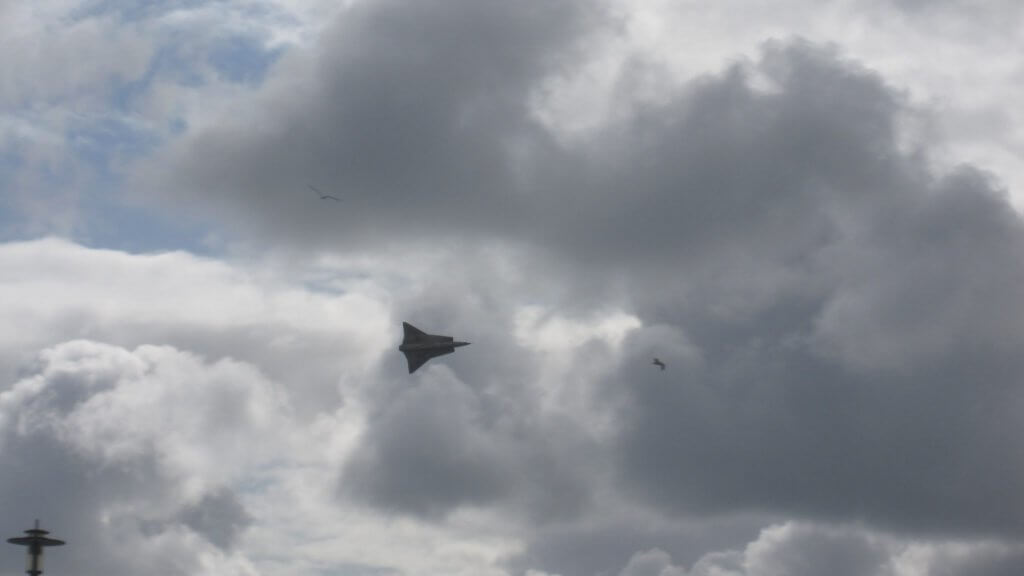 With respect to jet aces, no doubt even the Swedish fighter jocks are looking forward to the long awaited sequel to the US Navy fighter jet training school epic Top Gun (1986) film which is currently in development.

We remember here some of the original’s famous quotes including one from the short irascible US Navy Admiral who warns his pilots: “And if you screw up just this much, you’ll be flying a cargo plane full of rubber dog sh*t out of Hong Kong!”

On being criticised about his dangerous flying style, our hero pilot Pete “Maverick” Mitchell (as played by Tom Cruise) later famously replies to his critical Top Gun competitor “Iceman” as played by Val Kilmer: “That’s right…Iceman…I am Dangerous!”  Although (spoiler alert) after our “Mav” saves his arch critic during a dogfight towards the end of the film, “Ice Man” and “Maverick” make up with Iceman’s rather loving entreaty: “You can be my wingman anytime”.

After this final scene, and with a detected (probably unintentional) homo-erotic subtext running right though the movie (the volleyball match scene especially), many wondered whether “Iceman” and “Maverick” ever did get it together. Perhaps we will find out in the sequel?

Whether their relationship was just a passing “bromance”, or whether a crowbar was actually needed to separate them, either way, let us hope that in the sequel at least one of them makes it to become an astronaut as real life Top Gun fighter school graduates were apt to do.