While SpaceX is working to make its satellites less visible in space lest they upset Earth’s astronomers, the new US Space Force has been showing off its own camouflaged uniform…to the derision of commentators. The new military uniform – at least the battle dress version – apparently has the same camouflage as the army has on Earth. This was after the image below was Tweeted showing its new badges on the said uniform. Jesters have pointed out that black would be a more suitable colour…although black uniforms do not have a good reputation…think of the evil Nazi-era’s Hugo Boss-designed SS uniforms which, while admittedly very smart, could not really excuse extreme evil. 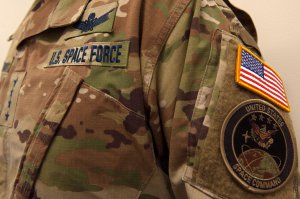 Mind you, the uniform, above, does have stars on it. But you have to be a four-star general to get away with that.

At least the uniform is non-sexist and mainly sexless, which is not the way film and TV once imagined space forces would look in the future. It has to be said that the space movies and TV series of the past were very sexist – think Barbarella (1967) and Gerry Anderson’s UFO series (circa 1970) which loved to dress the space girls as sexily as possible. As the uniforms had to be worn, this was not some kind of sexy female empowerment choice. It was never properly explained why the ladies on the UFO Moon base had to have a wig of purple hair as part of their figure-hugging uniforms.

Of course, members of the new Space Force can still wear this type of garb.  But only off duty. 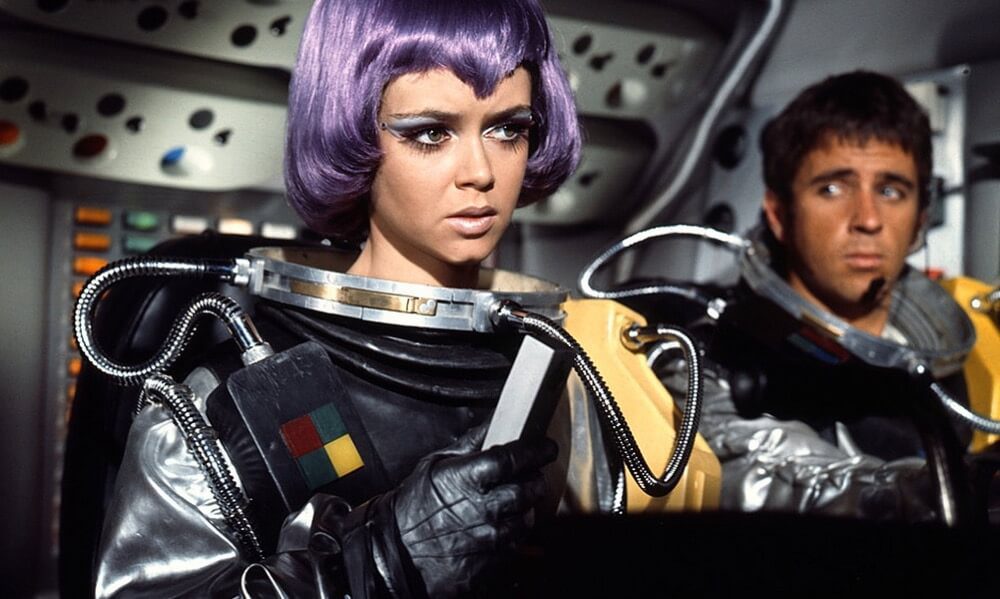 Mind you, there is one thing that the new US Space Force has pinched from past TV Sci Fi series…or more specifically Star Trek. No, not the skin-tight tops for the men (the red security men ones being famously dangerous given that their wearers nearly always got rubbed out in each episode), nor the mini-skirts of the women – think of Lt Uhura’s! In fact, the new force has apparently purloined the logo of Starfleet – or at least made an ultra-close copy. The BBC reports it here. 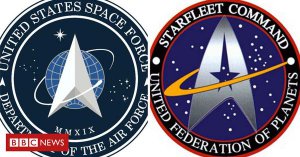 The BBC shows the closeness of the design of the US Space Force and StarTrek’s Starfleet design. Courtesy: BBC

Captain Kirk will not be happy…nor is Mr Sulu. George Takei, who played the famous helmsman in the original 1960s Star Trek series, is jokingly asking for royalties.

The comedy does not just end there. Netflix is planning to release a TV situation comedy about The Space Force shortly. 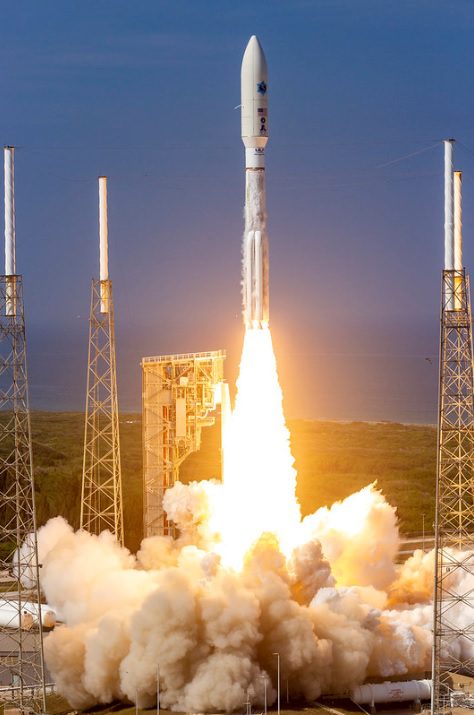