The comedy actor/director/writer Terry Jones has died at the age of 77 after suffering from a form of dementia.  He was famously one of the Monty Python comedy team which gave rise to a seminal comedy television series and film series. Having co-directed the earlier Python movie, Monty Python and the Holy Grail (1975), it was left to Jones himself to direct the best one, The Life of Brian (1979), a very funny satire in which he also starred in, which noted the key events in the life of a man called Brian (as played by Graham Chapman) who, very reluctantly finds himself accepted as a Christ-like prophet. 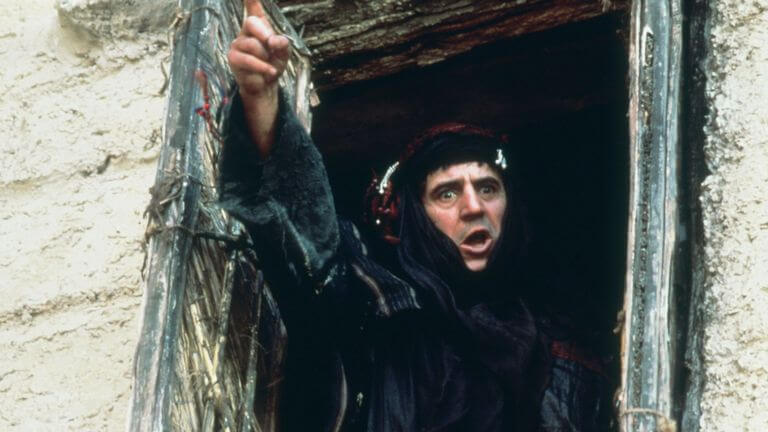 Terry Jones as Brian’s mother in The Life of Brian (1979). Courtesy: Monty Python

The film attracted strong criticism on its release for making fun of the story of Jesus Christ.  While the team might be accused of cowardice in its choice of target religion (given the dangers, Islam was never an option, while Christianity’s very raison d’etre and peaceful nature meant that it was one that could not retaliate) nevertheless,The Life of Brian is now regarded as as one of the funniest and most successful satires on the power of all religions.

Thankfully, part of the attractiveness and even the strength of Christianity is that, while it has not always been true in the past, it is, at least, a religion that forgives its detractors.

Here is a famous clip from the film on “What have the Romans ever done for us?”: https://www.youtube.com/watch?v=7Xad5Rl0N2E

By the way, for those that think that these obituaries do not have space in them, The Life of Brian does have a spaceflight scene.

Terry Jones is survived by his families. Late in life he divorced his first wife, Alison Telfer, and married a Anna Soderstrom over 40 years his junior, with whom he had a daughter.  He already had a son and daughter from his first marriage.

While not quite as influential, the career of actor Derek Fowlds, who has died a the age of 82, was at least varied. Having started as a jobbing actor, he initially rose to fame as the “Mr Derek” straight man sidekick of comedic children’s puppet Basil Brush during the early 1970s.

Fowlds later made comedy acting is forte by appearing in the excellent BBC situation comedy Yes Minister and its follow-on Yes Prime Minister during the 1980s, acting as the naive civil servant in the middle in the constant battle of wits between a slightly stupid Government Minister/Prime Minister (played by Paul Eddington) and his Machiavellian unsympathetic senior civil servant (as played by Nigel Hawthorne). See him in action getting the best punchline in here: https://www.youtube.com/watch?v=DGscoaUWW2M

And finally, we also give our salute to Michael J. Pollard who has recently passed away at the age of 80. Pollard originally made his name via his appearance in the Bonnie and Clyde (1967) movie for which he received an Oscar nomination. The diminutive Pollard later gave an amusing turn as a drily skeptical escaped prisoner-of-war-turned-resistance leader in one of this writer’s favourite wartime-set comedy adventures, Hannibal Brooks (1969). 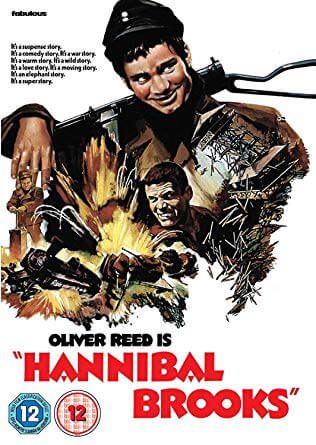 DVD cover for Hannibal Brooks (1969) which has Michael J. Pollard a the top. Courtesy: Amazon

We give our salute Terry Jones, Derek Fawlds and Michael J. Pollard, and our condolences to their families and friends.

Update on 29 January 2020: Seradata is also sad to learn of the passing of comedy actor-turned TV and Radio presenter Nicholas Parsons at the grand old age of 96.

Nicholas Parsons started as an actor appearing mainly in comedy roles in 20 films during the 1950s. He later became a “posh boy” straight man foil to TV comedians during the 1960s, most famously playing opposite the very working class Arthur Haynes.

In 1971, Nicholas Parsons became a well known game show compere on UK television fronting the famous The Sale of the Century which lasted for 12 years.

While Parsons may be remembered for these, he gained his most famous and most longest running gig as chairman of the BBC Radio 4 game show, “Just a Minute” in 1967 which has been running ever since.

The BBC radio show has comedians, actors and other celebrities trying to make a monologue for one minute without hesitation, repetition or deviation. Panellists included the late comedy actors and wits, Kenneth Williams, Derek Nimmo and Peter Jones. The politician and irascible wit, Sir Clement Freud, was also a regular, although his posthumously revealed disgrace for underage sex abuse meant that he had to be removed from the show’s compilation history. 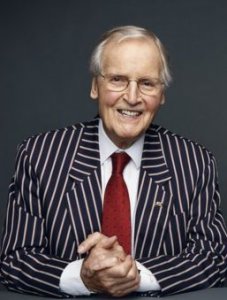 The one constant, however, was the much-loved Parsons himself who remained in charge of the show for virtually its entire 52-year run. Only latterly did he miss one or two shows due to bouts of ill health, with Gyles Brandreth standing in for him when required.

Comedian Jack Dee must now be kicking himself for amusingly mimicking Nick Parsons during a live stage show of the long running Radio 4 comedy competitor “I’m Sorry I Haven’t a Clue”, held in Worthing, England, only a few days before his death. Nevertheless, the gentlemanly Nick would probably have seen the funny side as he usually had the good grace to play along when others made fun of him, either on his show, or elsewhere.

One final thing. During the 1970s, an amusing piece of graffiti could be seen on a railway bridge wall in North Harrow famously stating that “Nicholas Parsons is the Neo-Opiate of the People”. That he probably was.

As such, we give Nicholas Parsons our salute and our condolences to his family and friends.