On a sadder note: Astronaut and test pilot Rick Searfoss has passed away

Former NASA astronaut, Rick Searfoss who flew three Space Shuttle missions STS-58, STS-76 and STS-90 during the 1990s has died at the age of only 62. Searfoss was a test pilot and, until recently, was test pilot for the XCOR Aerospace Company, which, until its financial demise was planning suborbital spaceflights for tourists. We give our condolences to his family and friends. 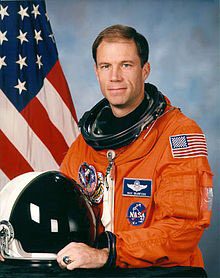 After being dropped from altitude of 10,000 feet by a balloon, the Dream Chaser mini-shuttle design of Sierra Nevada Corporation Read more

The candidates of the US Presidential Election, Donald Trump, and Hillary Clinton, are keen to deploy former astronauts in their support. Read more

India’s space agency, the Indian Space Research Organisation (ISRO), has made a test flight of a new design for winged Read more

Boeing has finalised a contract with NASA to develop the core stage of the Space Launch System (SLS), the most Read more