On a sadder note: Battle of Britain pilot and fighter “ace” Paul Farnes passes away at 101

Regular readers of this column note that we celebrate the lives of aerospace (and sometimes comedy) heroes of the past who have recently died.  One of these pilot heroes is Wing Commander Paul Farnes who has passed away at the age of 101.  He was a RAF fighter pilot who achieved “ace” status during the Battle of Britain having shot down five enemy aircraft before and during the battle.

On 8 November 1940 he gained another probable Messerschmitt Me-109 just after the official end of the Battle of Britain. 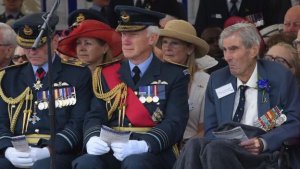 Farnes did go on to be commissioned as an officer, flying Hurricane and Spitfire fighters in Malta, North Africa and what is now Iraq. He rose to the rank of Squadron Leader finally leaving the RAF with a valedictory promotion to Wing Commander in 1958. He later ran a hotel in Worthing, West Sussex, Southern England. 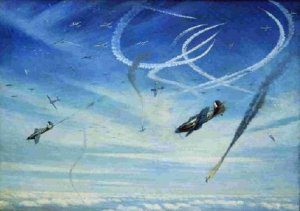 In the same way that some “lucky” individuals seem to be much better at acquiring romantic partners (love) or financial gains (money) than others, so some fighter pilots are much better than others at shooting aircraft down. Historical records show that from World War I to the present day about 10 per cent of fighter pilots make more than 40 per cent of the “kills”. These fighter aces tend to be better at being able to fly their mounts to their aircraft’s strengths. They are also better at marksmanship – especially deflection shooting (aiming ahead of the enemy aircraft) – at least in the guns only era. They also have very good tactical hunting and situational awareness capabilities which enable them to more easily get into the best shooting position, while avoiding getting shot down themselves.

In this latter aspect, true “aces” normally try to avoid a turning dogfight, preferring to catch their victims unaware, usually by attacking with the sun behind them to make it difficult for the enemy to spot them in time. That said, sometimes such dogfights are unavoidable, and the very manoeuvrable Hawker Hurricane, which Farnes flew, was better than most in this arena.

Even though the RAF’s Hurricane was slower than its more elegant Spitfire stablemate and its Messerschmitt Me 109 German Luftwaffe competitor, it was a very good gun platform and had the best turning performance of the main fighters used during the early years World War II. It was only challenged in this attribute after the Japanese Mitsubishi Zero fighter went into full production in 1941.

As an ace pilot, Farnes, would thus have used the Hurricane’s manoeuvrability to its best advantage and in the Battle of Britain and he managed to shoot down or damage most of the major aircraft types flown by the German Luftwaffe.

Paul Farnes gave an interview below. In it he notes that while the eight machine gun armed Battle of Britain Hurricane was very manoeuvrable, the Messerschmitt Me109 had two 20mm cannon firing explosive shells in addition to two machine guns, which gave the Me109 a much more effective armament.

We salute Paul Farnes for his skill, bravery and service, and give our condolences to his family and friends. 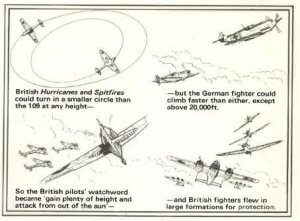 The Battle of Britain versions of the Hurricane and Spitfire lacked their Messerschmitt Me 109 opponent fighter’s destructive 20 mm cannons. Nevertheless they both could turn better. Courtesy: Visual Books/Macdonald

Post Script: This column missed the death of Canadian born Battle of Britain pilot John Hart who passed away in August of last year. As a Spitfire pilot, who served in 602 Squadron he shot down a Messerschmitt Me 109 and shared in the shooting down of two Junkers Ju 88 bombers. We give him our belated salute as well.  With Farnes death, there are now just two Battle of Britain veterans left. The Few really are now a very few. 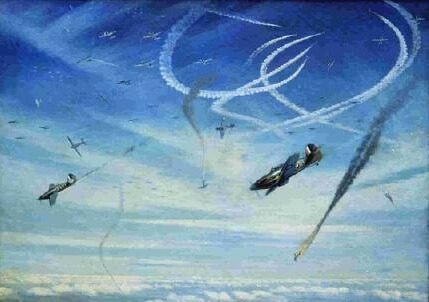 As the Royal Air Force celebrates its 100th year in operation this week, as it looks to its past in Read more

75th Anniversary of the start of the Battle of Britain

July marked the 75th anniversary of the start of the three-month-long Battle of Britain during the summer of 1940.  It Read more