Reimar Lust has passed away at the age of 97. He was a German astrophysicist who became Director General of the European Space Agency in the years 1984-1990. He began his career as an engineer on a U-boat during World War II, becoming a prisoner of war in 1943 when his boat was sunk. He then went on to study Physics and became an expert of nuclear and solar physics. Lust originally became involved in the European space effort as Science Director in European Space Research Organisation (ESRO). We salute him and give our best wishes to his family and friends.

Lust’s successor was Jean-Marie Luton, who was Director General of ESA from 1990 to 1997, has also sadly passed away. Luton was subsequently Chairman and CEO of Arianespace from 1997-2002. In effect, he served on the key posts when the Ariane 5 was being developed and introduced to service.  Luton had previously been head of the aerospace division of Aerospatiale. 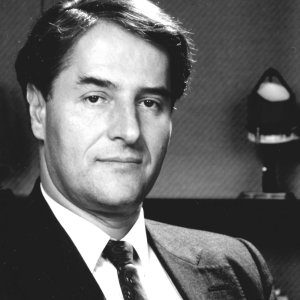 It was not just ESA which lost some of its former leaders. Former NASA Administrator James M. Beggs has died at the age of 94. James Beggs served in this role at the start of the Space Shuttle flight era from 1981 – 1986. Beggs was effectively forced out after the Challenger fatal accident when elements of NASA’s management were implicated in forcing the launch to take place in too cold temperatures in spite of the pleas of engineers. 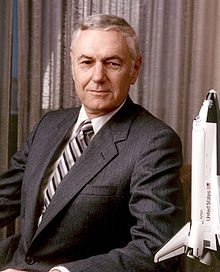 A former US Navy man, James Beggs had a long career in US aerospace before his stint as NASA Administrator including being on the board of General Dynamics and as NASA’s Associate Administrator in charge of the Office of Advanced Research and Technology.  We give our condolences to his family and friends.