On a sadder note: First ever spacewalker Alexei Leonov dies at the age of 85…as does space correspondent Tim Furniss (Updated)

Alexei Leonov, the first human to move in space outside a spacecraft, has died at the age of 85. The former cosmonaut made the first spacewalk on 18 March 1965, beating Ed White’s NASA spacewalk during Gemini IV on 3 June by nearly three months.

Born on 30 May 1934, in Western Siberia, Leonov was part of a family subjected to the terrors of Stalin’s purges during the 1930s. Leonov eventually became a fighter pilot and later found himself selected with Yuri Gagarin et al as one of 20 cosmonauts.

During his first space mission, Cosmonaut Alexei emerged from an inflatable air lock on the side of Voskhod 2 to make a 12 mins 9 seconds drift outside spacecraft. 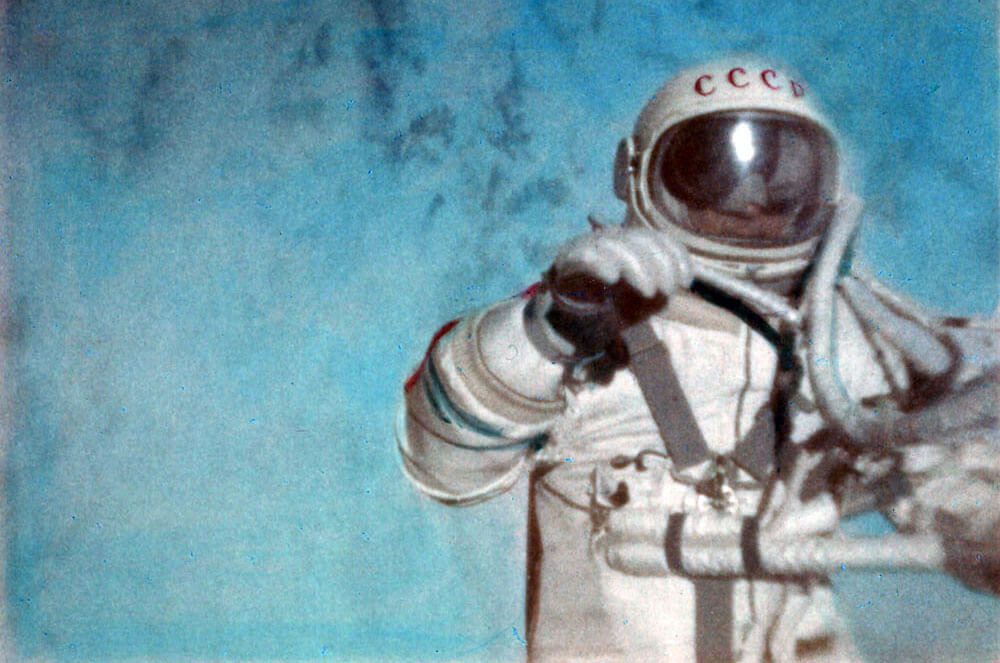 Alexei Leonov in space during the first ever spacewalk. Courtesy: Roscosmos

Although it was a success, Russian documents reveal that Leonov’s space suit ballooned, making bending difficult after he had violated procedure by entering the airlock head-first. As a consequence, he became stuck sideways when he turned to close the outer hatch. He had to reduce his suit pressure to release himself. This subjected him to decompression sickness. Doctors reported that Leonov nearly suffered heatstroke as his core body temperature increased by 1.8°C (3.2°F) during the entire 20 minutes of the attempt. 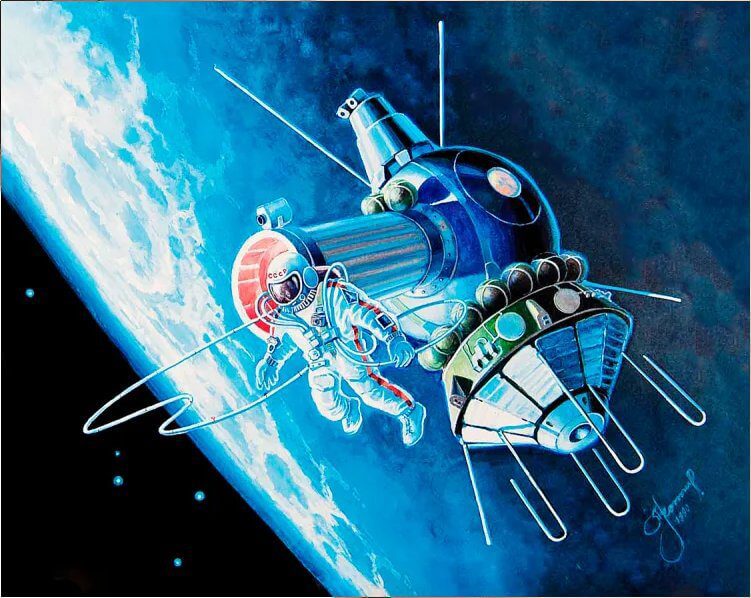 Leonov’s painting of himself on his spacewalk. Courtesy: Alexei Leonov

Despite this mistake, Leonov became the prime candidate to be the Soviet Union’s first cosmonaut on the Moon – a mission for which he was training but which never happened after the N-1 lunar rocket failed three times. He had previously been a candidate for the translunar Soyuz 7K-L1 manned Zond attempt, but this was cancelled after some unmanned Zond test failures. 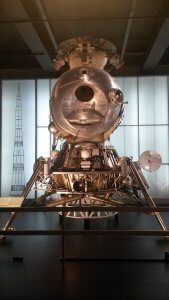 The Russian LK-3 lunar lander (with a drawing of the N-1 rocket behind it) was only designed to carry one cosmonaut. Courtesy: Wikipedia

His career as an astronaut later included taking part in the famous Apollo-Soyuz docking in May 1975. He became a symbol of US-Soviet and later US-Russian collaboration in space, which eventually led to the International Space Station. For a time he was fluent in English as a result of the mission.

Leonov had his fair share of scares and tragedies. He narrowly avoided being on the fatal Soyuz 11 accident of 1971 in which all three of the crew aboard died of asphyxiation. He also had the sadness of having to identify the body of his close friend and fellow cosmonaut Yuri Gagarin after he was killed in a Mig-15 trainer jet in 1968.

Leonov never flew in space again but carried on working for the Russian space programme. Later he worked in banking for a time. He carried on with his second love, painting, and lectured on space until close to his death on 11 October 2019. We salute Alexei Leonov – a skilled cosmonaut but one with humanity and with an amused twinkle in his eye – and we give our condolences to his family and friends.

We would also like to note the death of former Flight International spaceflight correspondent Tim Furniss who passed away during the summer at the age of 71. Tim Furniss was responsible for several books in the subject of spaceflight including the Manned Spaceflight Log and was a noted expert in the field. Towards the end of his career he let his religious outlook cloud his judgement somewhat (he was a “creationist”) which was partly responsible for his eventual departure from Flight. Tim Furniss was on slightly surer ground in describing a possible alternative failure mode involved in the Space Shuttle Challenger STS-51L accident, albeit this became somewhat of an obsession for him.

This writer did not know Tim well –  your correspondent’s time at Flight was after Tim had left – however, before that he had met him from time to time at various press events including the Farnborough Air Show and he always found him to be friendly. Towards the end of his life Tim was reportedly affected by ill health and dementia. We give our condolences to his family and friends. 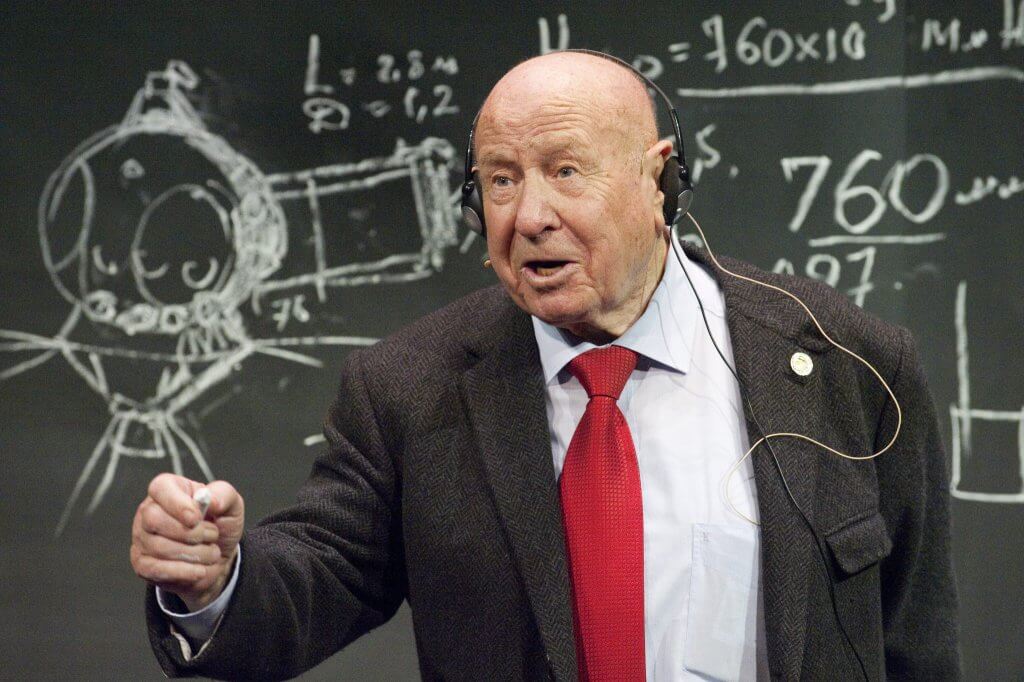 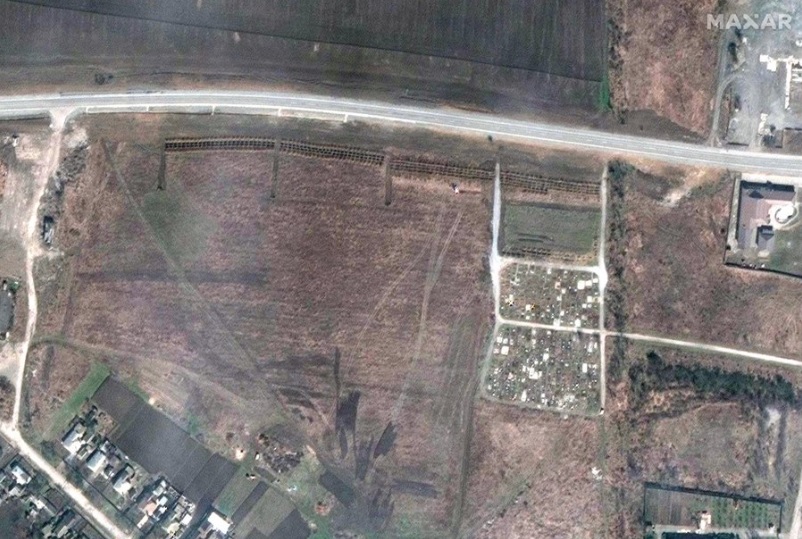 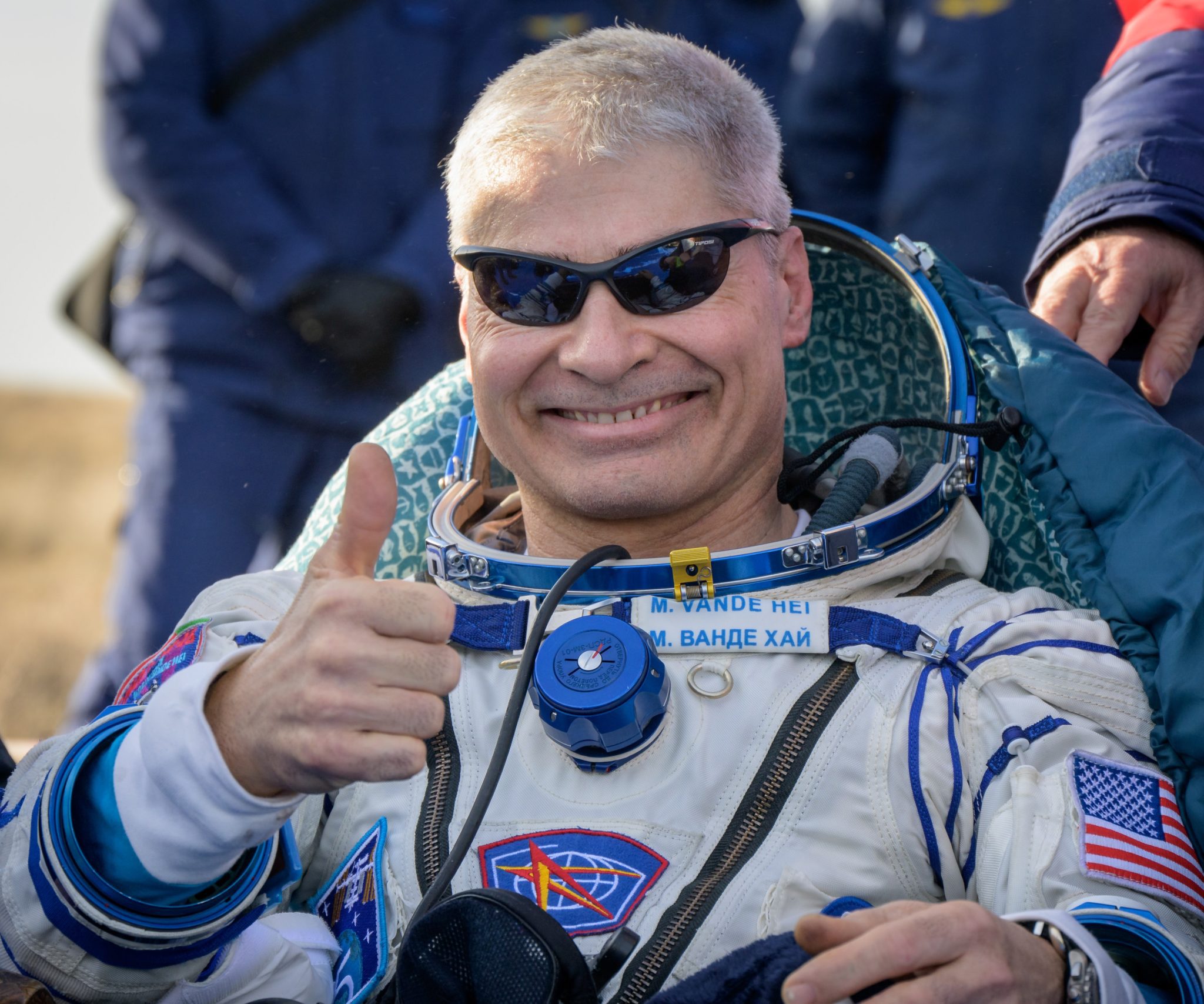 The Russians successfully launched a Soyuz 2-1A/Fregat vehicle from Plesetsk Cosmodrome, Russia, at 1248 GMT on the 22 March 2022. Read more