Paul Spudis, lunar and planetary geologist, has passed away after suffering lung cancer.  He was in his mid-sixties.  Having graduated in planetary geology and gained a PhD, Spudis initially worked for the US Geological survey before moving onto NASA’s planetary geology programme as its principle investigator becoming an expert on volcanism on the planets Mercury and Mars. He later left to join the Lunar and Planetary Institute of Houston where he stated for most of his remaining career, albeit with a stint at Johns Hopkins University where he developed a lunar imaging radar for India’s Chandrayaan-1 mission. Spudis also became Chief Scientist for the planned private Moon Express mission. 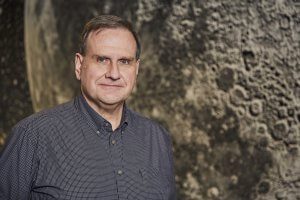 Spudis became an advocate of a human return to the Moon to mine its resources and was involved in the lunar science element of the Clementine mission of 1994.  In latter years Spudis became a major proponent of the Sidemount Heavy-lift launch vehicle (HLV) design – a close derivative of the Space Shuttle which would have been much faster and cheaper (depending on how long the Space Shuttle carried on) to get into operation than the slower-to-develop inline SLS design which was eventually selected by NASA.

We at Seradata salute Spudis for his work.and for his wisdom on spaceflight matters (like Spudis, this writer was a strong supporter of the Sidemount HLV design). We give our condolences to his friends and family.

Opinion: Was NASA’s US$18 billion development of SLS a waste of time and money?

With Elon Musk, of SpaceX, about to announce his master plan to send mankind to Mars (using a massive Super Heavy-lift Launch Vehicle) and with unmanned Read more