Katherine Coleman Goble Johnson has passed away at the age of 101. She played a key role at NASA as a mathematician planning launch trajectories and re-entry modelling for the 1969 Apollo 11 moon landing and the Mercury programme. She did this while overcoming the racism and sexism that tried to hold her back at NASA Langley. 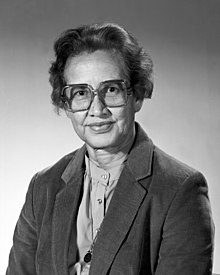 Katherine G. Johnson’s work came to be venerated within NASA and her achievements and successful struggle against discrimination were later portrayed in the film Hidden Figures (2016).

“NASA is deeply saddened by the loss of a leader from our pioneering days, and we send our deepest condolences to the family of Katherine Johnson. Ms. Johnson helped our nation enlarge the frontiers of space even as she made huge strides that also opened doors for women and people of color in the universal human quest to explore space. Her dedication and skill as a mathematician helped put humans on the moon and before that made it possible for our astronauts to take the first steps in space that we now follow on a journey to Mars. Her Presidential Medal of Freedom was a well-deserved recognition.

“At NASA we will never forget her courage and leadership and the milestones we could not have reached without her. We will continue building on her legacy and work tirelessly to increase opportunities for everyone who has something to contribute toward the ongoing work of raising the bar of human potential.”

In the same way that NASA has done, we also salute Katherine Johnson and give our condolences to her family and friends.

Here is our review of Hidden Figures (2016), based on the true story: https://www.seradata.com/review-hidden-figures-fires-fitting-nasa-rocket-at-white-supremacists/

Seradata is also sorry to hear about the loss of British TV astronomer and space aficionado Dr Heather Couper who has died after a short illness at the age of 70. She did much to inspire the young to take an interest in the world of space. Her bubbly personality and enthusiasm was infectious as she appeared on several television and radio programmes related to astronomy and spaceflight.

Dr Couper also wrote several books along with her long time collaborator and previous romantic partner, Nigel Henbest. We give our condolences to her family and friends. 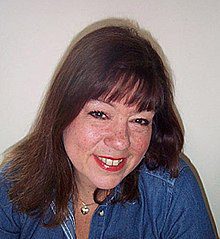