We note here a belated tribute to George P. Sutton, rocket scientist and textbook author, who passed away in October at the age of 100. No rocket scientist or engineer (or even space analyst or journalist) would be without at least one copy of his famous Rocket Propulsion Elements –  the textbook he originally wrote in 1949 which is still in print (now in a 9th edition) – albeit now published with the help of co-writers. 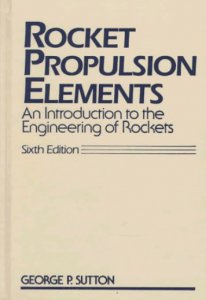 Sutton started his career at Aerojet during the 1940s, eventually becoming Executive Director of Engineering at Rocketdyne, he also worked as Chief Scientist and deputy director at DARPA. He also helped educate future rocket scientists as Hunsaker Professor of Aeronautical Engineering at the Massachusetts Institute of Technology (MIT).  We salute George Sutton and give our condolences to his friends and family.

In a completely different field, Seradata also salutes the British TV amusing entertainer and singer Des O’Connor. O’Connor who was famous for both his singing – which he was lauded for – albeit his singing became the famous butt of the jokes of the comedy team Morecambe and Wise – even if he wrote some of the insults himself.  Having done national service in the RAF, O’Connor started his career as a Butlin’s holiday camp “red coat” before finding his niche in singing during the late 1950s and as a TV presenter from the 1960s to the 2000s.  The four times married O’Connor may have found stable love troublesome, but he was very well liked in the world of entertainment. We give him our salute and our condolences to his family and friends. 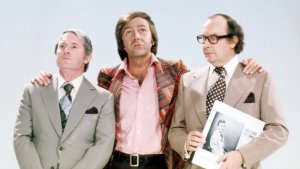 We also say goodbye to English comedian, impressionist and character actor John Sessions who has died from a heart attack at the age of only 67. Whether on the TV improvising show Whose Line is it Anyway?, or playing various famous characters in Stella Street, Sessions was a great wit and performer. Our condolences to his family and friends.

We also pay tribute to Argentinian football (soccer) star Diego Maradona who has died from a heart attack at the age of 60.  Once a footballer becomes great he tends to be known by one name e.g. Pele, and Maradona was similarly treated. Maradona was short in physical stature (1.55 m or 5ft 5 in tall) – and thus no good for headers – but his nippy agility meant that he usually could run rings around opponents. England found this out in their quarter final game in World Cup 1986 – a competition which Argentina later won.  His sublime second goal in that game is an all time great and yet his first goal involving his claimed “Hand of God” excuse for his hand ball remains controversial. In club football, Maradona twice became the subject of the world’s largest transfer deal when he moved from Argentina’s Boca Juniors to Barcelona in Spain, and then later to Napoli in Italy.  Off the pitch, during his time in Italy, he went off the rails becoming addicted to Cocaine and alcoholic drink  to a which forced his departure in disgrace. Maradona carried on playing football at various clubs to the mid-1990s when he then moved into management, but it will be his playing which he will be remembered for.  We salute Maradona and give our condolences to his family and friends.

Late news: We are sad to announced that Dave Prowse, the man who played the body of Darth Vader in the first three Star Wars films (James Earl Jones played his voice) has passed away from Covid-19 at the age of 85. The statuesque six foot seven inches tall Prowse was a body builder who also played the “Green Cross Code Man” in public safety information films.  We give our salute to him and our condolences to his family and friends. 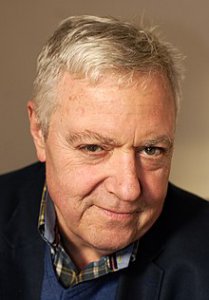 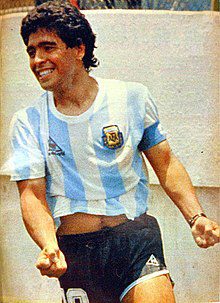