Brigadier General Chuck Yeager has died at the age of 97.  While some suggest that the British test pilot Geoffrey DeHavilland might have done it when his DH108 experimental swept wing tailless jet broke up during a transonic dive over the Thames Estuary, killing him in doing so, the official first person to break the “sound barrier” of Mach 1 in level flight was US test pilot Chuck Yeager which he did so in the rocket plane, the Bell X-1 in 1947. 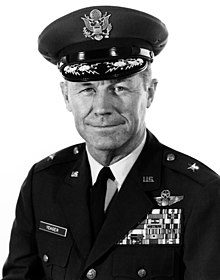 After initially being a mechanic, Yeager became a P-51 Mustang fighter pilot of the US Army Air Force in World War II.  Having shot one German aircraft down, Yeager was shot down himself over France in March 1944. However, with the help of the French resistance (the Maquis) he escaped over the Pyrenees into Spain. He was not initially allowed to return to combat operations due to the danger of him knowing too much about the Maquis, although this was changed after D-Day.  He went on to shoot a further eight and a half share Luftwaffe aircraft down, including becoming an “ace in a day” by shooting down five in a single day.  Yeager went onto to fly in Korea and Vietnam wars.

Before that, he went into the record books when broke the sound barrier on 14 October 1947, flying the Bell X-1 Glamorous Glennis rocket plane (named after his first wife) at Mach 1.05 at an altitude of 45,000 feet (13,700 m) after it had been air dropped from a B-29 Superfortress carrier aircraft.  He managed this despite suffering pain from broken ribs caused by a horse riding accident.

Yeager later became the first commandant of the USAF Aerospace Research Pilot School which produced astronauts for NASA and the USAF. Yeager even flew with Neil Armstrong although he was less than complimentary about him.  In fact his famous irascible nature caused him to dub astronauts “spam in the can” although some put his criticism down to him being resentful about being barred from becoming one himself due to his lack of a university degree.  He was similarly critical of British after not enjoying being based in England during the war years.

Nevertheless, his irritable nature apart, we salute Chuck Yeager as one of the great test pilots – who had, as the author Tom Wolfe put it in his book about the early days of the test pilots and astronauts, “The Right Stuff”. And we give our condolences to his family and friends.

In a different field entirely, we mark the passing at the age of 89 of BBC Golf commentator Peter Aliss who after a successful career as a professional golfer, became the voice of the BBC (and some US sports stations) in commentating on the world’s golf majors with the BBC US Masters highlights show being his last job.  His whimsical turn of phrase and his slightly admonishing “Oh Seve!” moments when late Severiano Ballesteros missed a put, will long be remembered. 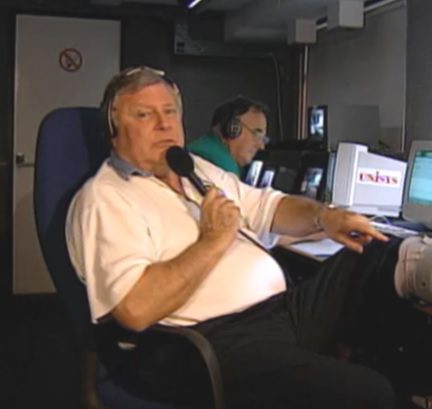 While the British Carry On comedy films never ventured into space, nor onto a golf course, they made fun of just about every other genre in their bawdy seaside postcard humorous style. One Carry On star was Barbara Windsor whose short but very curvaceous form usually made her the object of desire for the much older and very lecherous characters played by Sid James in several of the Carry On series’ best movies, as well in reality, by Sid James off set.

In fact, after a long pursuit by James, the pair became lovers in a three yeaer extramarital affair.  Windsor was married at the time to Ronnie Knight whose criminal connections included the London East End gangsters the Kray twins, Ronnie and Reggie Kray, one of whom (Reggie) Barbara Windsor already had a brief romantic liaison with beforehand, as well as a longer affair with their brother Charlie.

At this point it is fair to say that Windsor’s personal life remained a confused item for most of her life involving three marriages, several love affairs, and five abortions (she had no children). Barbara Windsor finally found peace and support in her final twenty years with a much younger man, Scott Mitchell, who she married in 2000. 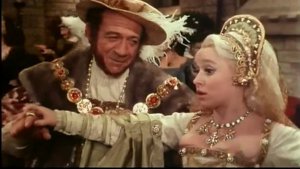 Apart from being famed for the very brief glimpses of her bosoms and buttocks in the films, of which her bikini top wardrobe malfunction in Carry on Camping (1967) is the most famous, in reality it was Barbara Windsor’s naughty-but-nice cheeky nature (no pun intended), along with her infectiously raucous giggle, that became her true calling cards.

While the Carry On films have their detractors – especially in this overly censorious “woke” era – their mixture of clever wordplay, slapstick humour, funny storylines and quirky characters, made them a well loved British institution whose main body of films (a late 1992 addition set aside) reflected the changes in sexual morality from the late 1950s until the late 1970s.

Having appeared in other films and stage shows, Windsor appeared in nine of them making her sweet debut in the Carry On series in Carry On Spying (1964) which rode the wave of James Bond. However, it was not until Carry On Doctor (1967) and Carry On Camping (1969) that she really made her mark as a regular, later excelling in Carry On Henry (1971) and in the very funny Carry On Abroad (1972).

Barbara Windsor left the Carry On films when their quality started to wane in the mid-1970s – although she did not quite make in out in time, appearing in the very poor Carry on Dick (1974).  Barbara Windsor subsequently struggled to find high paying work until the 1990s when she successfully changed genre to more serious drama, becoming the much loved Peggy Mitchell, feisty landlady of the “Queen Vic” pub in the BBC’s long running soap Eastenders.

As a fully stamped national treasure who had already won hearts for her acting career, Barbara Windsor gained further plaudits for campaigning for the Alzheimer charity despite suffering from the disease herself. She was deservedly awarded a Damehood in 2016 for both her career and her charity work.

Barbara Windsor eventually succumbed to health issues related to her Alzheimer’s disease at the age of 83. We salute the much loved Barbara Windsor and give our condolences to her family and friends.

Seradata also pays tribute to author John le Carré (real name David Cornwell) whose cold war spy stories, The Spy who came in from the Cold, Tinker Tailor, Soldier, Spy etc., added a little more “boring” realism to the genre compared to Ian Fleming’s more action packed James Bond novels.  Both, of course, lent on their experience in Britain’s secret and security services, but Fleming’s would have been more direct action-orientated given the wartime situation in which he worked, while le Carré’s Cold War experience was more subtle and nuanced, even with its often “the end justifies the means” ambivalent attitude to morality. We give our condolences to his family and friends.

Post script: While not quite on the same level of Carry On comedy stardom as Barbara Windsor, nevertheless, we are also sad to note that the early Carry-on comedy player Rosalind Knight has died at the age of 87. She appeared in the St. Trinians comedy film Blue Murder at St Trinians (1957) before moving on to Carry On Nurse (1959) and Carry On Teacher (1959). She had lots of roles in Theatre, Flim and TV in a career lasting 70 years. Younger viewers will register her late career appearances in the TV sitcoms Friday Night Dinner as “Horrible Grandma” and in Gimme Gimme Gimme. We give Rosalind Knight our salute and our condolences to her family and friends.

We also mark the passing of former football (soccer) player and notable football manager Tommy Docherty at the age of 92.  A famously amusing man, “the Doc” managed 12 football teams including Manchester United, Chelsea, QPR, Porto and the Scottish football team. We give our condolences to his family and friends. 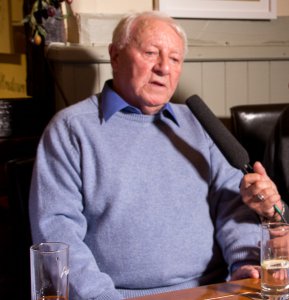 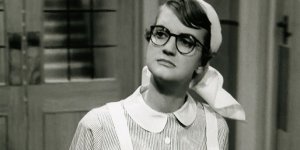