The private Chinese company OneSpace Technology suffered a launch failure using its OS-M1 (aka Chongqing and SQX-1Y1) rocket on its first orbital attempt. After a successful lift off from the Jiuquan launch site in the Gobi Desert at circa 0939 GMT on 27 March, the OS-M1 rocket was reported to have gone out of control following the ignition of the second stage. This was the maiden flight of the rocket. The 10 kg 6U Cubesat Lingque 1B satellite was lost. This was the second satellite in a constellation designed for Earth Observation and owned by Beijing’s ZeroG Lab. 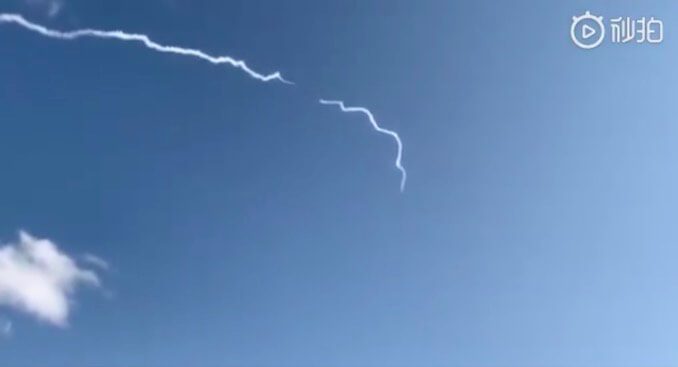 The first stage uses a fixed nozzle and is thrust-steered with vanes in the exhaust as well as aerodynamic fins. The second stage is identical to the first stage except that it does not have aerodynamic steering (the fins are fixed), instead relying wholly on thrust vanes. Stage three similarly uses only thrust vanes.

The rocket is designed to carry a 205 kg payload to a 300 km low Earth orbit, or 73 kg to a near polar 800 km Sun-synchronous low Earth orbit. Later versions are to employ solid booster rockets to improve this payload.