During the 1970s there was a mini-outcry in the UK when shops began to introduce Upside-down-Dalek-like CCTV (Closed Circuit Television) camera systems in order to try and prevent shoplifting. However, it was, at first sight, a legitimate use of surveillance technology, and it was employed on privately owned/leased property albeit with a public use.  And for those shoppers who did not like it, well, they could at least choose to shop in other establishments which did not have CCTV.  Of course, over time the protests died down and CCTV became ubiquitous on the high street – albeit with much smaller cameras so that it became ostensibly less obvious.  While irritated by CCTV’s intrusion, the public at least knew that the images were not always recorded and those that were were usually only temporary and normally deleted/overwritten at the end of every working week (video storage was expensive back then). 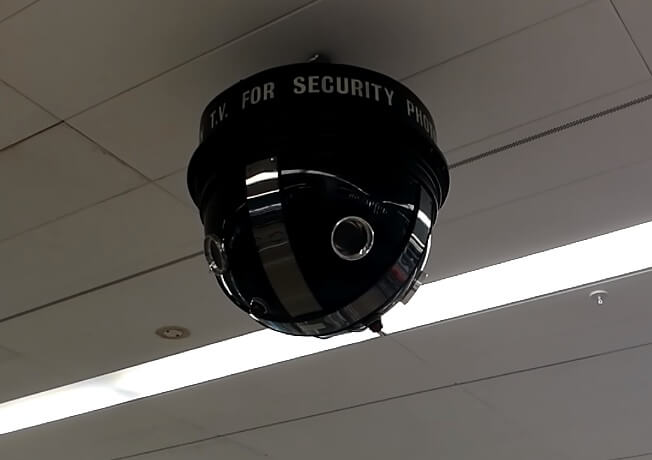 However surveillance and data storage technologies have now moved on and here is now an increasing public unease about how modern sophisticated monitoring systems can now be used to track and record us in perpetuity. That is, we could soon be imaged, identified and tracked everywhere we go, and in everything we do.

Apart from CCTV, these Orwell-like dystopian technologies include satellite navigation-based car car tracking (“road pricing” is an attractive source of revenue for space companies), car number plate recognition systems (which are already being used for road and bridge tolling and car parking applications), satellite and drone video monitoring, interactive computer speakers and cameras (which record us and our personal conversations), and even company security systems based around pet-dog style sub-cutaneous bodily RFID chips – the fascinating history of which is here.

The most recent disturbing news about these was that the car manufacturer Mercedes Benz has covertly fitted a navigation satellite tracking and telemetry system to its cars so that it can track drivers’ movements and transmit them back to Mercedes high command.  The system is mainly designed to allow the firm to recover/repossess cars not paid for via defaulted finance plans, but it will not be a selling point for their motors. 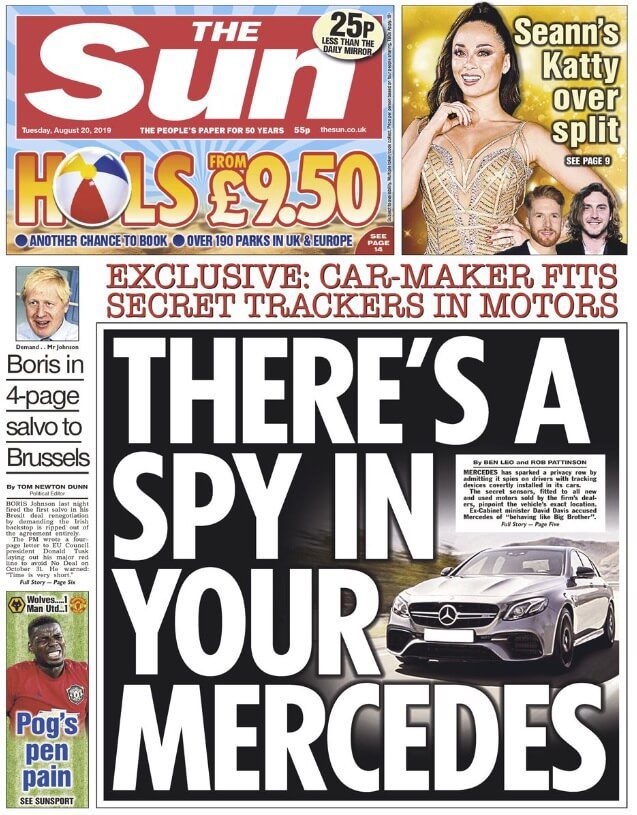 Not the headline it wanted: Mercedes has been caught putting covert movement trackers in their automobiles. Courtesy: The Sun

Perhaps the most privacy-threatening of the new Orwellian-style surveillance technologies is Facial Recognition. This upgrade to CCTV has been surreptitiously rolled-out in the UK and USA and in other nations, and which is now causing much concern. So while the cameras are now smaller – usually mounted inside a perspex nipple rather than a large dalek head – CCTV is becoming infinitely more powerful.

For example, in the UK, Police forces and even private landlords have been found to be quietly introducing Facial Recognition systems. One recent example the recently introduced one around the area of Kings Cross Station in London which is The UK Information Commissioner is now investigating. Other Facial Recognition uses have also been identified at UK museums and at pop concerts. And of course, Facial Recognition is often used on-line by social media systems such as Facebook, and by smart phones as an alternative to a security password.

While these Facial Recognition systems are currently independent of each other, the real concern is that once such systems are fully networked to a central database, a government and its state security agencies could soon have a complete log of an individual’s movements and activities, whether on the street, or on-line.  It is a technology which could soon even read lips so the government will even know what you are saying.

It is no wonder that these originally commercially-driven technologies have since been most eagerly been taken up by the governments of non-democratic states such as China who are keen to retain control of the populace. The Register cites a case where a Chinese man was even identified via the technology and subsequently fined for jay-walking.  Thus, it was not surprising that during the recent pro-democracy protests in Hong Kong many of the protesters have taken to wearing face masks and shining laser pointers and powerful torches at Facial Recognition-equipped CCTV cameras in the hope of confusing them.

While there is some comfort to be had in that such Facial Recognition systems are not foolproof yet – their error rates remain high – this intrusive technology is rapidly improving via the use of machine-learning/artificial intelligence and, once perfected, could eventually destroy our personal privacy completely.  At this point many will be wondering where will it all end? 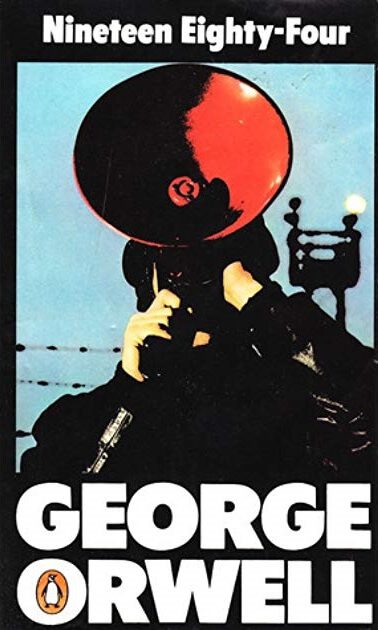 Even in Western Democracies, many of George Orwell’s predictions about constant surveillance in his dystopian book Nineteen Eighty-Four are coming true. Courtesy: Penguin

So what is to be done?  Well, you can protest – that is, if you are in a free democracy. However, even in a true democracy, those who protest against such mass surveillance are normally decried, often by a government-supported “Project Fear” campaign, as being “friends or helpers” of terrorists, serious criminals and, most emotively of all, child abusers and paedophiles. In doing so, that side’s argument selectively fails to mention that the bad guys and girls can usually find ways around such surveillance systems – at least for the purpose of a one-off attack e.g. by using disguises or using a Burqa or Niqab veiled dress, or via the use of innocent third party carriers etc.  By the way, while the Burqa and Niqab restrictive dress codes are often criticised as culturally misogynistic methods of coercive control which make their wearers look like bank robbers (UK Prime Minister Boris Johnson’s own past words here), soon their wearers might actually be the only ones with true privacy and freedom of movement.

Worst of all, however, is when the supporters of mass state surveillance roll out their deceptive mantra: “If you have done nothing wrong, you have nothing to fear”, as if personal privacy itself is not a precious thing to fear losing.

Nevertheless, there is hope. Despite having its security and police services supporting such public surveillance – the US City of San Francisco has now banned police use of Facial Recognition technology – or rather – restricted its use via a licencing process. This is a sensible move and one that politicians around the world would be wise to note.

It also has to be accepted that Facial Recognition does have an important role in the fight against serious crime.  It can and should be used on CCTV images to identify a perpetrator – albeit only after a crime has been committed.  Serious crimes have already been solved by this method. And in the same way, other surveillance systems should similarly be used retrospectively.  But the use of these should be reserved for serious crimes – not for littering or parking enforcement – as certain councils are want to do.

However, no one – at least no adult who is currently free in the true democracies – voluntarily wants to be identified and tracked in real time…all the time.  Sadly, lawmakers are behind the curve on this one as they struggle to write relevant laws in time. In fact, it was not until very recently that they started to appreciate the full privacy destroying implications of this new technology.

That is, unless the indiscriminate use of Facial Recognition is stopped soon, we will all be under the watching controlling eye of a Big Brother. And not necessarily a very nice one at that.

Opinion: As Magna Carta is celebrated for founding freedom, Facial recognition and GPS tracking is likely to imprison us all