During propellant loading three and a half hours before the launch of the JAXA HTV-8 cargo mission to the International Space Station (ISS), a significant fire broke out at the base of the launch pad beneath the H2B launch vehicle at 1805 GMT on 10 September 2019. This burned for several minutes before being put out.

There was not significant damage to the launch vehicle but the event delayed launch to allow for extra checks and repairs of the pad. 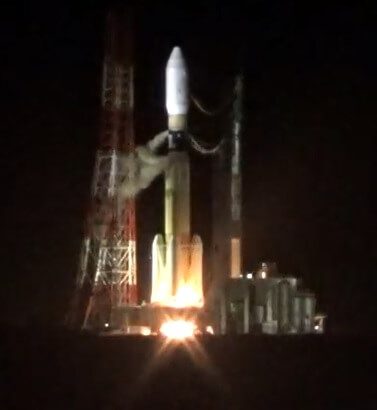 Pad fire at seen at the base of the H-2B rocket planned to launch the HTV-8. Courtesy: Necovideo

A HTV (H-II Transfer Vehicle) cargo craft was carried into orbit by an H-2B (H-IIB) rocket at 1326 GMT on 9 December. The Read more

The Japanese cargo craft HTV-3, which is to be docked with the International Space Station, was successfully launched at 0206 Read more