Launching from the Jiuquan Satellite Launch Center, China, the second flight of the Ceres-1 (Gushenxing-1) rocket has placed five payloads into LEO. Lifting off at at 0412 GMT, 7 December the rocket carried the satellites to a near 500 km, sun-synchronous orbit. 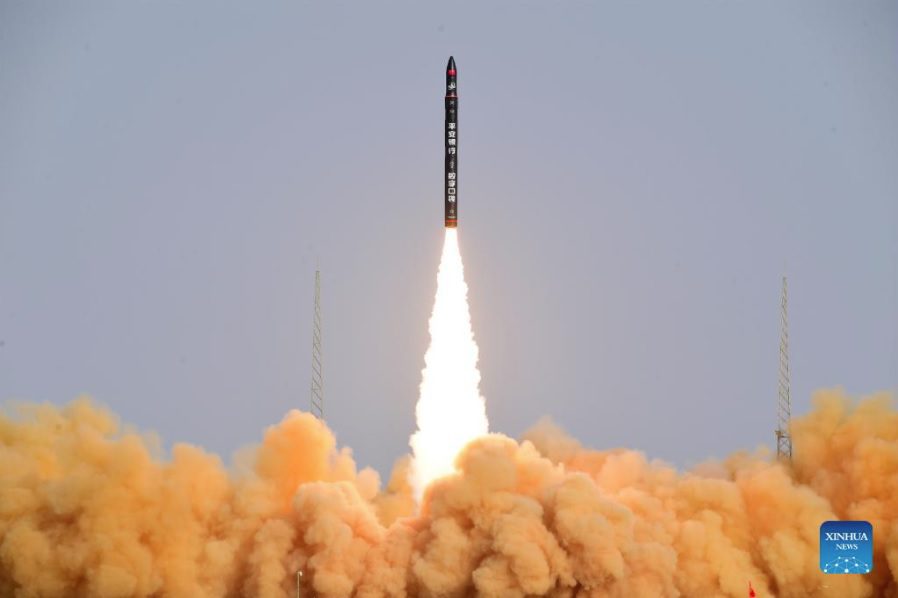 The second flight of the Ceres-1 rocket carrying five payloads to orbit. Courtesy of Xinhua/Wang Jiangbo