In the colours of an ILS (International Launch Services) flight, a Proton M rocket successfully ignited and lifted off from its launch pad at the Baikonur Cosmodrome, near Tyuratam, Kazakhstan at 1852 GMT on 28 September 2017. On board was the ASIASAT 9 communications satellite which is owned by the regional satellite operator Asiasat and was built by SSL (formerly known as Space Systems/Loral).

ASIASAT 9 is a mainly conventional communications satellite with a payload consisting of 32 Ku-band and 28 C-band transponders. It also carries a single Ka-band transponder. The spacecraft which was injected into a transfer orbit on its way to its final Geostationary orbital position over 122.2 degrees East has a design life of 15 years. The spacecraft was to have carried the GeoMetWatch Crop STORM infrared sounding payload for weather monitoring but the deal fell through due to a lack of funding. 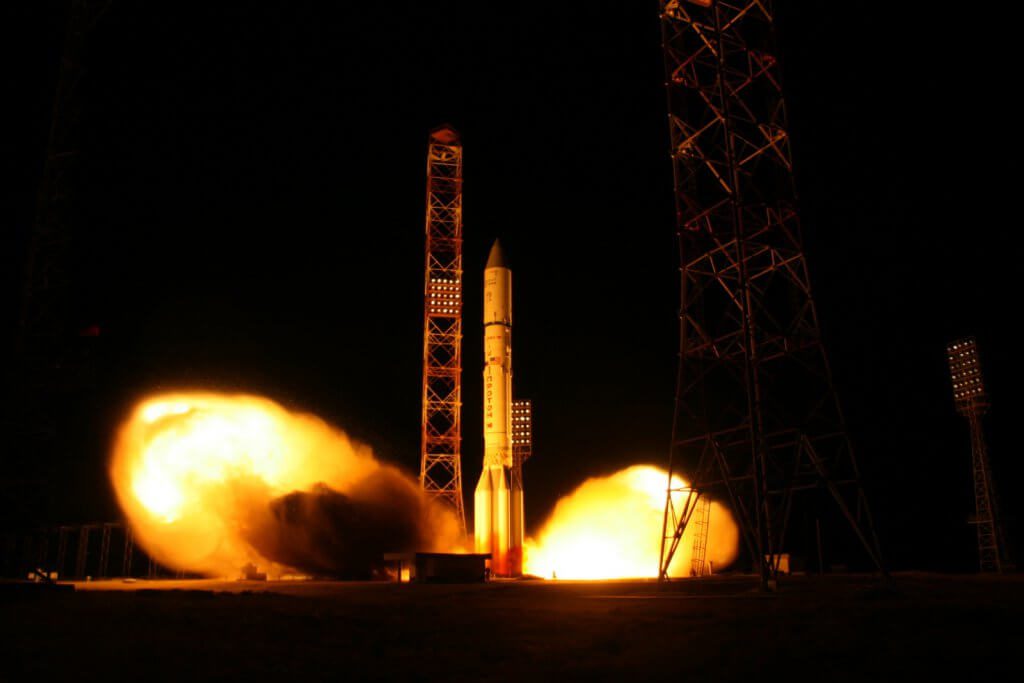