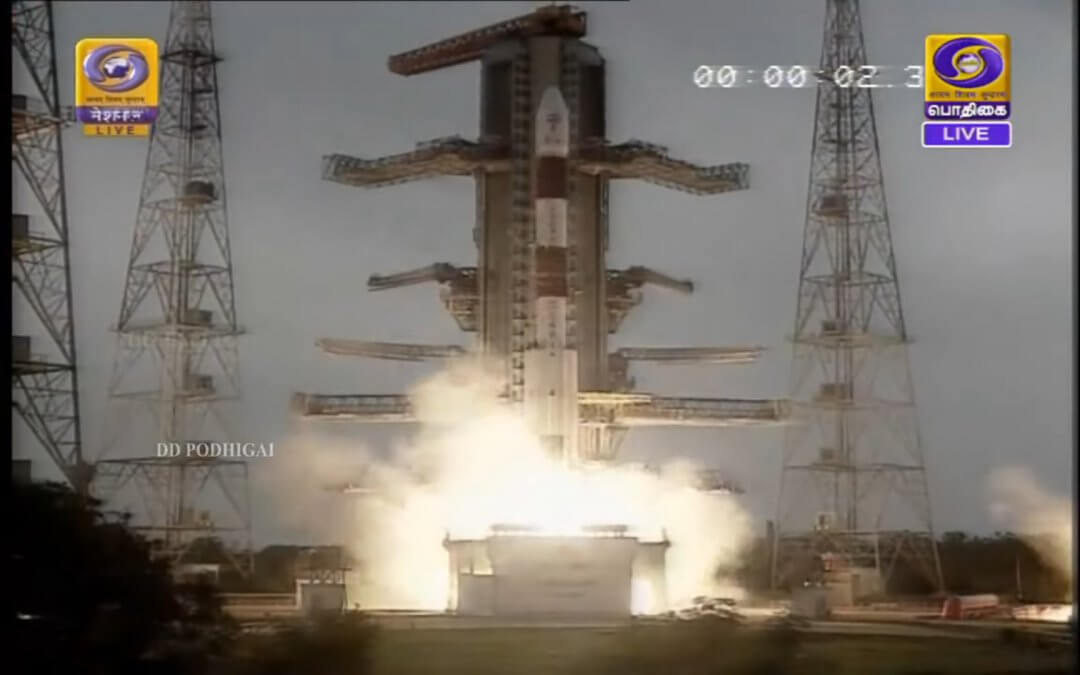 Launching on Wednesday morning, 0358 GMT, 27 November 2019, an Indian PSLV-XL rocket has carried 14 payloads into Low Earth Orbit (LEO). The mission launched from the Satish Dhawan Space Center, in aid of the primary payload Catosat-3. Cartosat-3 is the first in a new line of Earth observation satellites for the Indian Space Research Organisation (ISRO). Also on-board the rocket were 13 3U-CubeSat co-payloads for American companies Planet and Analytical Space. Planet was seeing their “FLOCK-4p” batch of 12 DOVE CubeSats being transported to orbit to replenish their sizeable LEO constellation of Earth observation satellites. This is in contrast to Analytical Space who has their demonstrator unit MESHBED on the launch. MESHBED will be testing their Frequency-scaled Ultra-wide Spectrum Element (FUSE) antenna – the FUSE unit is actually built by partner company MITRE. 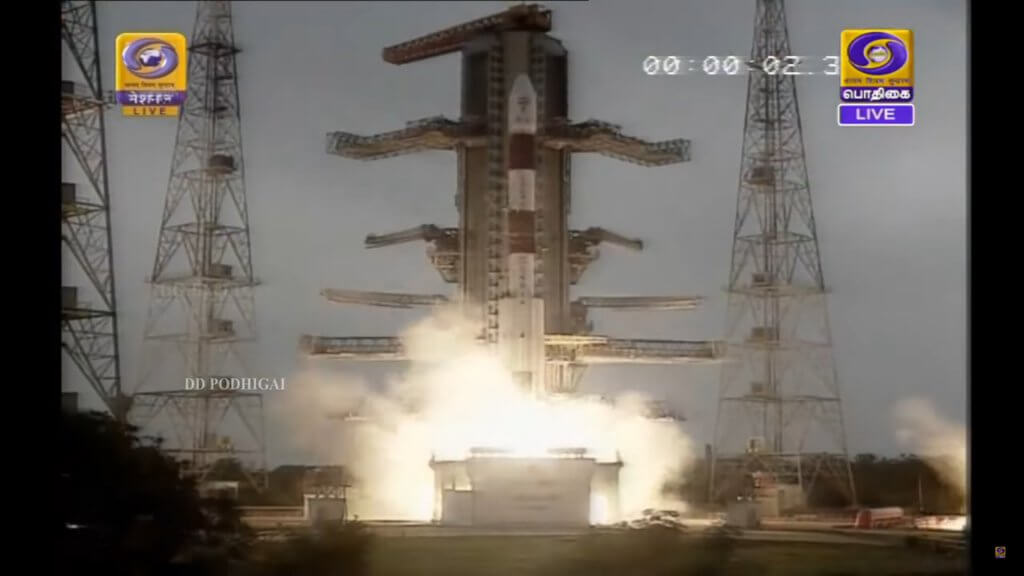 The PSLV-XL rocket blasts-off from the Satish Dhawan Space Center carrying its 14 payloads. Courtesy of ISRO