Space and satellite tracking analysts (including those at Seradata) were reeling at their increased workload as a total of 143 mainly “CubeSat” class satellites were launched by a Falcon 9 vehicle on SpaceX’s Transporter-1 launch.

Lift-off took place at 1500 GMT on 24 January 2021 from Cape Canaveral air station in Florida. This was instead of Vandenberg, California, the usual launch site for such near-polar launches. The reason is that the southward-heading launch trajectory takes it over Cuba, as happened on a similar near-polar Falcon 9 flight last year. The launch successfully delivered its 143-satellite payload for 24 different clients, to a near-polar 538 x 532 km, Sun-synchronous, low Earth orbit inclined at 97.5 degrees. 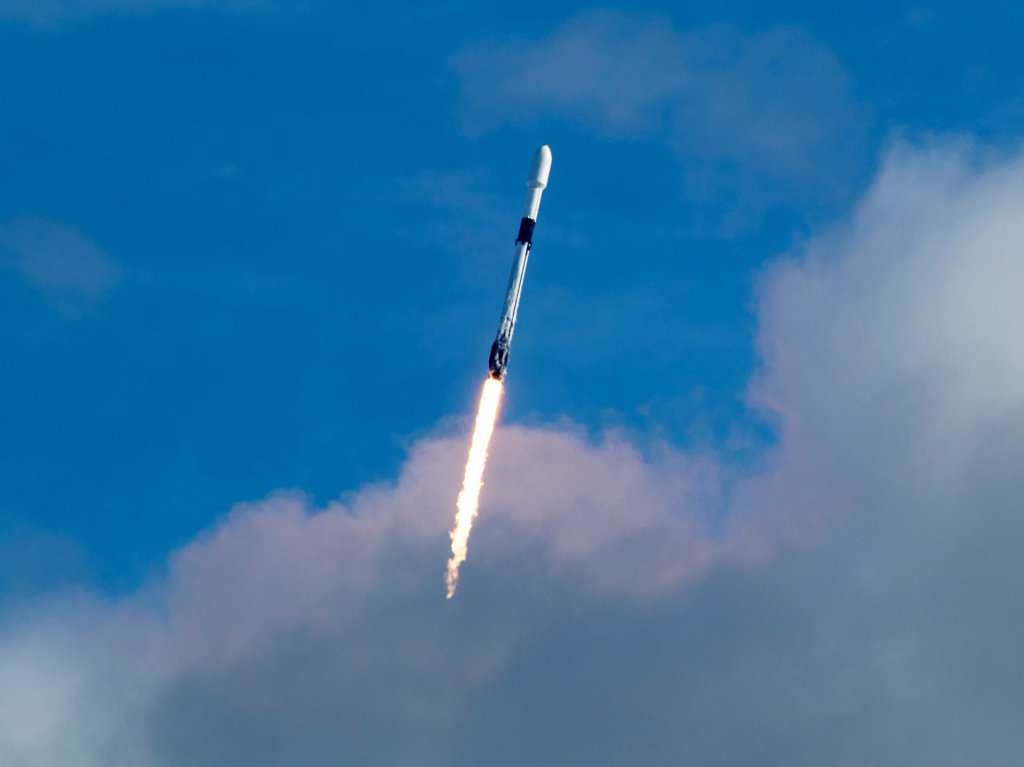 The B1051 reusable first stage, on its fifth flight, landed down range on the drone barge called “Of Course I Still Love You”. The two reusable fairing halves were also reportedly recovered – although it has yet to be confirmed whether these were fished out of the sea or whether they were captured in-flight by the nets of the catcher ships.

After a second burn of the Falcon 9 upper stage, the correct orbit was achieved and the rocket’s various dispensers delivered 110 satellites. Two of these were carrier satellites, the Sherpa-FX and the ION-SVC spacecraft, which themselves carried another 33 satellites.

Two Radar satellites Capella 03 and 04 were carried for Capella Space, as were two ICEYE satellites plus the ICEYE-built XR-1 (SAR) radar sat for Orbital Effects.

Hawkeye 360 had three of its own radio frequency monitoring Hawk satellites aboard. Hiber 4 is a data forwarding comsat for the Hiberglobal IoT services operator. IDEASSAT is a Taiwanese satellite researching the Ionosphere.

IZANAMI is a synthetic aperture radar (SAR) test satellite acting as a prototype for a constellation. LANDMAPPER-DEMO6 and 7 are optical demonstration satellites for Astro Digital. PIXL-1 is a laser communications demonstrator for Germany’s DLR.

Finally, there was the Taiwanese YUSAT carrying ship-tracking and other payloads.