At 0711 GMT on 10 March 2021, the retired NOAA 17 weather satellite broke up in orbit. So far 16 pieces of debris have been tracked. There is no indication that this break up was caused by a collision. Scientists are concerned that the debris may present a hazard to other spacecraft, especially over the Sun-synchronous near polar orbit that the satellite as in.  Such orbits – in this case with an apogee and perigee at circa 800 km – are located at the high end of the low Earth orbit altitudes and thus any debris will take many years to naturally decay.  As this debris decays (due to the small amount of atmospheric drag and gravitational perturbations etc) it becomes a “crossing” hazard to satellites in lower orbits. 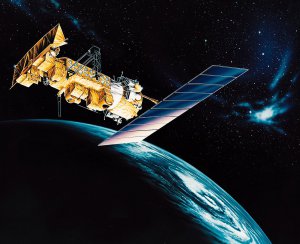 The 2.2 metric ton NOAA 17 meteorological satellite was launched in 2002. It was built by Lockheed Martin and uses the Advanced TIROS-N bus design. NOAA satellites using this design are known to have issues with exploding batteries causing debris.  After a long career in which it suffered various anomalies ranging from thruster issues to losses of major instruments, it was finally retired in 2013.

Update on 23 March 2021: A second satellite in sun-synchronous low Earth orbit has independently suffered a break up. The Chinese satellite Yunhai 1-02 (2019-063A) did so at 0741 GMT on 18 March 2021 with 21 associated pieces of debris initially tracked by US Space Command.