The history of the troubles in Northern Ireland is a long and bitter one – and that bitterness continues given that walls – figurative and actual – still exist between the Protestant Unionist community and the rapidly growing (due to its higher birthrate) Catholic Republican community. However, in the face of serious political provocation, and recent Brexit related antagonism between the two sides, peace somehow still just manages to hold. 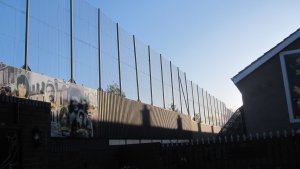 A wall between the communities in West Belfast. Courtesy: Seradata/David Todd

Because, as it reaps its now twenty year peace dividend, Northern Ireland has since become economically resurgent. As such, the British Interplanetary Society (BIS) chose to hold its annual Reinventing Space (Rispace) conference in Northern Ireland’s capital city Belfast. Belfast is, of course, still slightly out of the way from mainline trade routes, probably accounting for a fall in conference attendee numbers compared to past years, nevertheless, the city makes an ideal weekend break city with museums (not least the Titanic exhibition), art galleries and historical monuments aplenty.

However, rather than history, the attendees to the Rispace conference at the excellent ICC Belfast in November had more technical issues on their minds.

The final day of the conference was mainly devoted to launch vehicles and new techniques for placing small spacecraft into their correct orbits – as cheaply as possible. The most notable presentation was from GK Launch Services which is now offering a much cheaper to operate version of its venerable Soyuz-2 rocket.

Eugeny Solodornikov of GK Launch Services explained that plan is to use the standard three stage version of Soyuz 2-1b but not use an expensive upper stage such as Fregat thus saving circa US$13 million a launch. Instead, the plan is to use a very simple upper stage with no main engine for this new Soyuz 2M rocket. 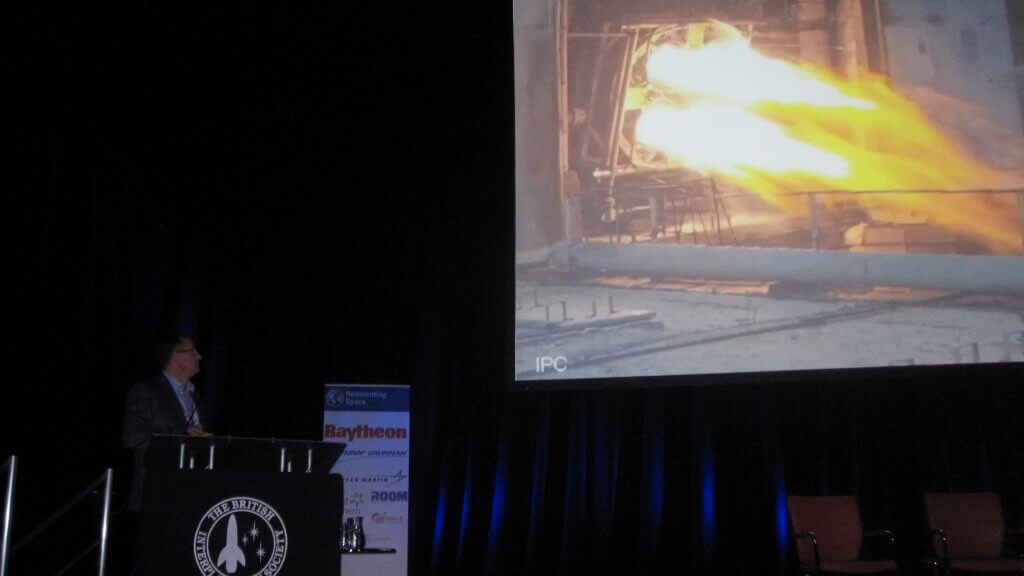 Based on the Volga upper stage, the Autonomous Orbital Payload Module (AOPM) will still have some small thrusters to allow some positioning and stabilisation. However, to make up for the performance shortfall, the plan is to make the third stage of the rocket’s RD-0214 engine burn for much longer but at reduced (60 per cent) thrust. If it can be made to work then Soyuz-2M could be a very competitive launch vehicle indeed.

Unst windy but safe…Uist and Sutherland are risky

Robin Brand of the BIS SLV study cautioned again against the proposed Sutherland site as the current preferred location for a UK vertical launch space port which would have to overfly the West of Shetland oil field.  Likewise he was skeptical over the Uist location in the Faroes as another possible site given that this could have stage dropping hazards to Iceland. Instead, he suggested that Unst in the Shetland Isles would have much lower stage drop and failure hazard to third parties as it would not overfly any significant oil fields, or land masses/populations. Nor would it have to make major dogleg trajectory manoeuvres which could significantly reduce the performance of a launch vehicle.

Brand noted that good ferry services to the Shetland Islands and excellent roads there made Unst an excellent choice for transporting spacecraft to and from this launch site. Unst’s one downside was however high winds and the risk of wind shear during a launch. Brand noted that high winds could cause significant launch delays especially in the winter months. In his presentation, Brand also suggested that two stage rockets compared to three stage types were the best for a safe disposal of the second stage into the antarctic. Three stage launch vehicles are at risk of dropping a stage on parts of Russia.

While Robin Haig of Skyrora might differ on that given that their planned orbital rocket has three stages, he was in agreement about Northern Scotland’s weather delays noting that cryogenic rocket types really are best avoided if tanking and re-tanking is required.

While Alan Webb of Commercial Space Technologies reported their studies suggested a general move towards the use of smaller rockets, there remains an issue of whether shared launches really can take a spacecraft to the orbit a client wants, or whether it would always be a compromise.

As such, Anita Bernie of the consultancy KISPE explained the thinking behind the development of the Moog SL-OMV space tug stage and its follow-on designs which will allow small satellites to be taken exactly to their required orbit. The SL-OMV will be compatible with a number of small launchers and will be able to carry six 6U-Cubesat class spacecraft. She cautioned however that while later versions will be much more powerful, the the initial version will only have 6 x 1 N mono-propellant thrusters for propulsion somewhat limiting its capabilities.

A bit too big for the Moon Mark

Small rockets are one thing, but Mark Hempsell wanted to use the Alan Bond-designed Serpent-H rocket with its hybrid thermo-nuclear/arcjet cycle. It can achieve excellent propulsive efficiency with a specific impulse of circa 1,200 seconds. Having previously considered this for a Mars mission Hempsell used his talk to suggested using his Skorpion vehicle as a very large lunar landing spacecraft. It did look a little over-sized in this role. Mind you, its 20 metric ton to the surface payload looked very useful to have if a lunar city is the plan.

With respect to which property laws should apply on the Moon or other celestial bodies, the legal panel at Rispace recounted the case of Nemitz versus USA in which a chap attempted to claim that asteroid 433 Eros, was his and tried to charge NASA parking charges for NASA’s space probe Near Shoemaker which landed on it. He was unsuccessful.