While Rocket Lab had been enjoying recent success, both in terms of launches and sales, the wheels suddenly came off with the failure of its Electron rocket on 4 July. The launch vehicle took off from the Mahia Peninsula launch site in New Zealand at 2116 GMT. All went well with the first-stage burn. However, an electrically induced premature engine shutdown occurred during the second-stage burn which meant that the rocket stage could not achieve an orbital velocity and fell back to a fiery re-entry.

Update on 3 July 2020: Rocket Lab has revealed that the cause of the Electron rocket failure was the disconnection of a second stage electrical connector in flight. This cut the power from the rocket’s battery to the electrically powered turbo-pumps on Rutherford engine causing its premature shutdown at circa T+330s. 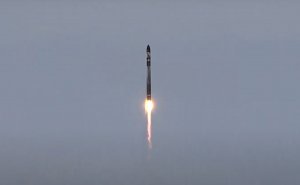 Seven satellites were aboard and all were lost. CE-SAT-I Mk II (Canon Electric Satellite-I Mk II) was a test model imaging satellite planned as part of a constellation. Faraday 1/Lacuna Prototype 2 was a store-forward communications test satellite for the Lacuna constellation with some military involvement via the UK’s Defence Science and Technology Laboratory’s (DSTL). The other five satellites were Planet Dove remote sensing spacecraft as part of the Flock 4E series constellation.

The Electron has a fair record to date. According to the Seradata SpaceTrak database, the rocket has suffered two failures, this one and the very first launch, out of 13 attempted orbital launches.

Also in the Pacific theatre on the same day, a Chinese Long March 2D rocket successfully launched the Shiyan 6 (02) satellite at 2344 GMT from the Jiuquan launch site. Shiyan 6 (02), also known as Chuangxin-3A (02), is intended to study the “space environment” as well as conduct technology tests.