The Rocket Lab Electron KS (R) rocket successfully put two BlackSky Gen 2 multispectral imaging satellites into orbit at 0138 GMT on 18 November 2021 as part of the BlackSky Global constellation.  The launch took place from the Mahia Peninsula in the North Island of New Zealand and was dubbed “Love at First Insight”.  The satellites were released into a 430 km low Earth orbit. Apart from launching the satellite pair, the launch had a secondary test role of practising the parachute recovery system and the tracking of the first stage.  This was the third test of the system. Rocket Lab eventually hopes to recover the first stage by snagging in flight via helicopter thus making it fully reusable.  While the helicopter snagging was not attempted this time around, the stage’s parachute descent and landing was visually tracked by helicopter right up to its successful splashdown downrange in the Pacific about 18 minutes after the launch.  .

Recovery teams aboard the ship Seaworker then lifted the stage out of the sea using the Ocean Recovery and Capture Apparatus (ORCA). From there, the recovered first stage was delivered to the company’s production site in New Zealand for further inspection. The “reusable” stage will not be flown again as it was flown as an expendable test flight. Nevertheless, some components of the recovered first stage may be reused on a future flight. 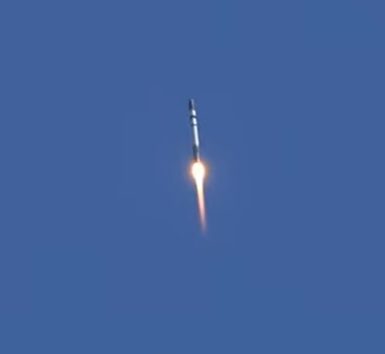