However, an attempt by Rocket Lab helicopter to snag and land a parachuting reusable first stage after its launch use was only partially successful. While the parachute was successfully snagged, in the end, pilot flying the Sikorsky S-92 helicopter released the stage to fall into an unintended sea splashdown due to safety concerns about the dynamics/unexpected load characteristics of the swinging stage. The stage has been recovered to examine its post re-entry condition and what sea water damage has been caused. 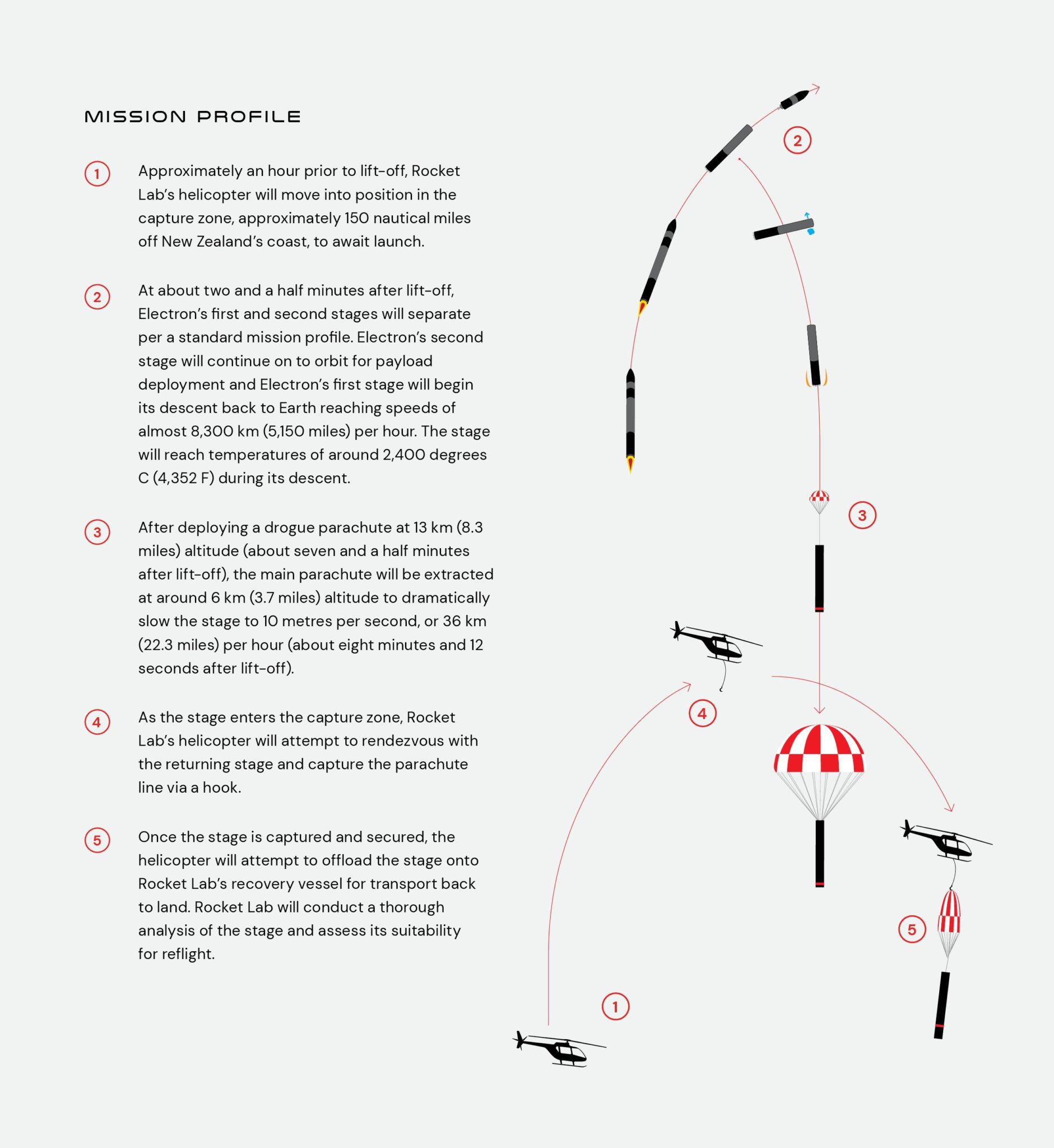 Comment by David Todd: While this test has been hailed as a success – or at least a partial one – there has to be concern about this technique and its intrinsic dangers given that the helicopter’s rotor blades are very close to parachute lines or drogue lines. By the way, it is interesting that the helicopter pilot elected to drop the stage soon after its capture due to unexpected dynamic effects from the mass distribution of the stage. There will be others looking on closely. ULA plans eventually to use a similar helicopter recovery system to reuse a pod of its Vulcan rocket’s first stage engines.