It has been reported that debris from a Chinese rocket launch vehicle, carrying a test version of a crew-carrying spacecraft, landed in a populated area of the Ivory Coast (Côte D’Ivoire), West Africa, between 1530 and 1600 GMT on 12 May. The debris, which survived re-entry, is suspected to be from the core stage of the Long March 5B launch, which took place earlier in the month. House damage was caused in the town of N’guinou, a large pipe struck the ground in Mahounou and there are reports that a cheese making machine was damaged. No one was reported to be injured.

It is not known if the Chinese authorities carry third party space insurance. As the “launching state” by international law, China is responsible for any damage caused by its space objects.

Post Script: There is some anger in the USA over the uncontrolled nature of the 32 m long Chinese rocket stage’s re-entry, especially because the track of the re-entry overflew major US cities (Los Angeles and New York) less than an hour before its impact in West Africa. During a NASA committee meeting, Administrator Jim Bridenstine made his own criticism: “It flew over population centers and it reentered Earth’s atmosphere. It could have been extremely dangerous.” 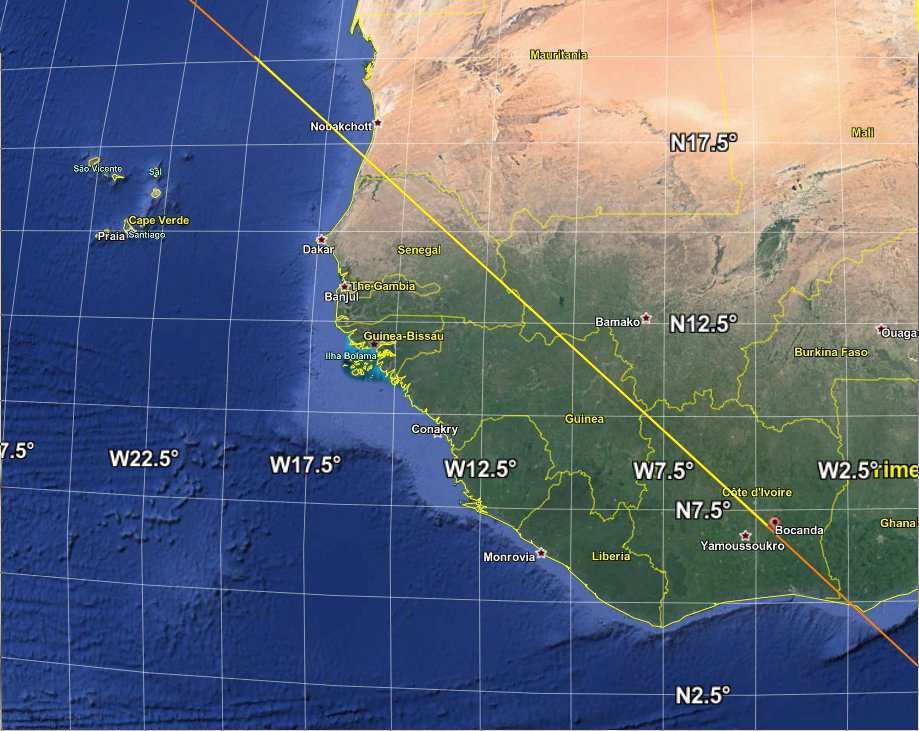