Former journalist Ivan Safronov, communications assistant, Dmitry Rogozon, the Head of Roscosmos, the part conglomerate/part space agency that is the Russian space programme, and a key ally of President Putin, has been arrested by the Federal Security Bureau (FSB) of Russia for spying.  Safronov is accused of handing state secrets in his time as a military affairs journalist for Kommersant to the Czech intelligence service. Safronov was known for exposing Russian arms sales to the Middle East and it is thought that this might have triggered the FSB (the successor to the much loathed KGB intelligence and security agency) to take action.  Safronov has already been charged with treason against the Russian state by a closed court. 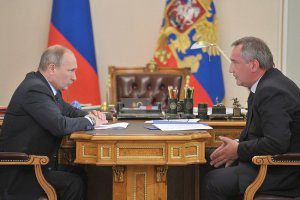 Upsetting the Russian state by arms sales revelations is a family trait.  Safronov’s father, also called Ivan Safronov, was also a trained military space engineer who later became a military journalist at Kommersant. After he revealed details about Russian arms sales to Iran during the early 2000s, he was officially found to have “committed suicide” by jumping out of a fifth floor window on 2 March 2007. He apparently dropped some oranges he had just bought on his way out. Given that the death Safronov’s (the elder) had a suspicious defenestration nature, many suspect that this was actually an extrajudicial killing/murder by the Russian security services.