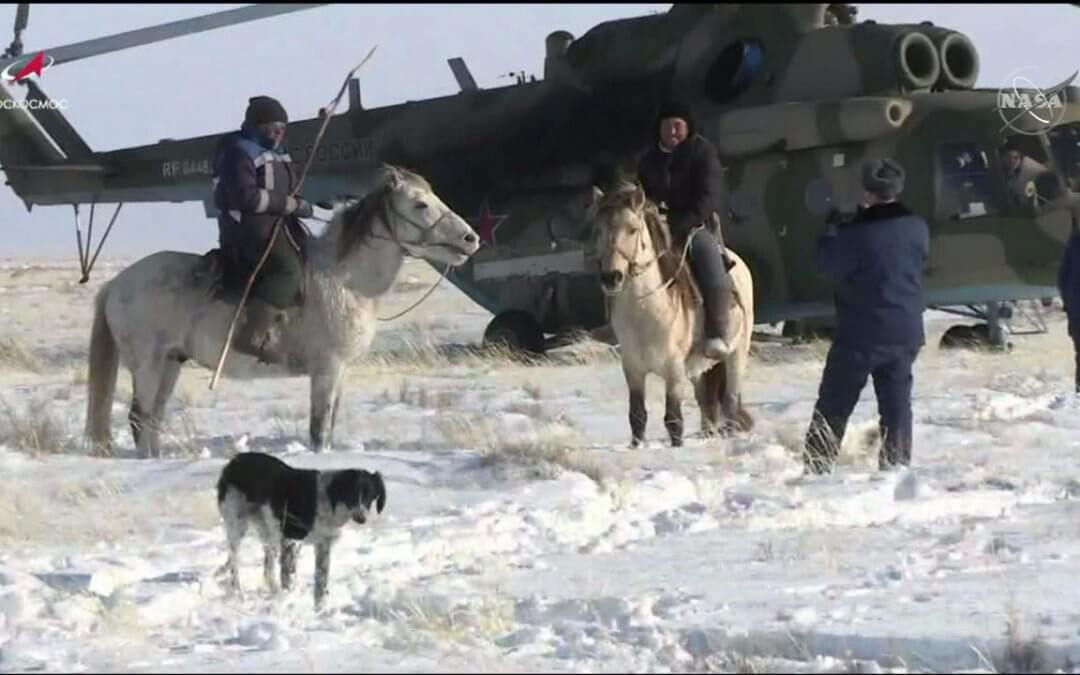 Soyuz MS-13 undocked from the International Space Station (ISS) Poisk module at 0550 GMT on 6 February 2019. On board were Cosmonaut Aleksandr Skvortsov, commanding Soyuz MS-13, along with NASA’s Christina Koch (after her record-breaking stay in space) and ESA’S Luca Parmitano. 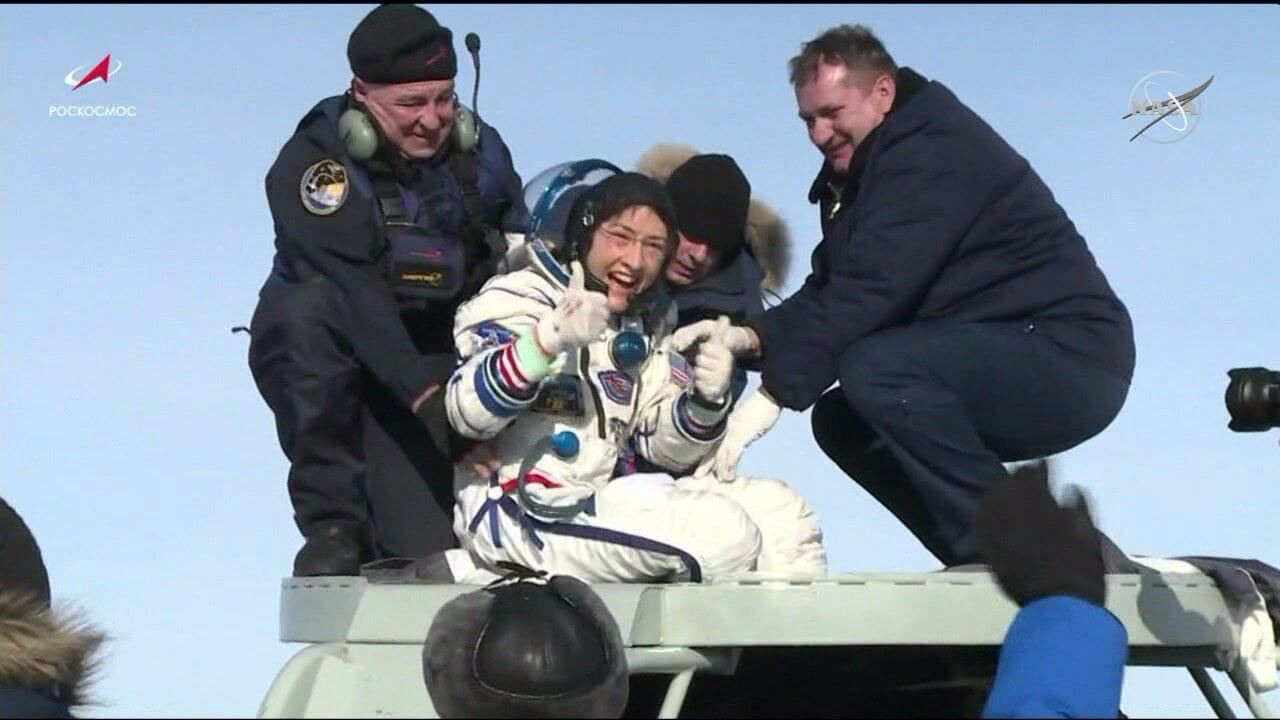 Christina Koch manages a wave as she is helped from the Soyuz MS-13 capsule. Courtesy: NASA TV via spaceflightnow.com

Soyuz MS-13 fired its de-orbit engine at 0818 GMT. After a standard re-entry with the parachutes deploying as planned, Soyuz MS-13 landed safely at 0914 GMT near Dzhezkazgan in Kazakhstan. After 328 days in orbit, Koch became the woman with the longest stay in orbit.

Apart from the helicoptered-in medical crew, the welcoming party included two local horsemen and a dog. 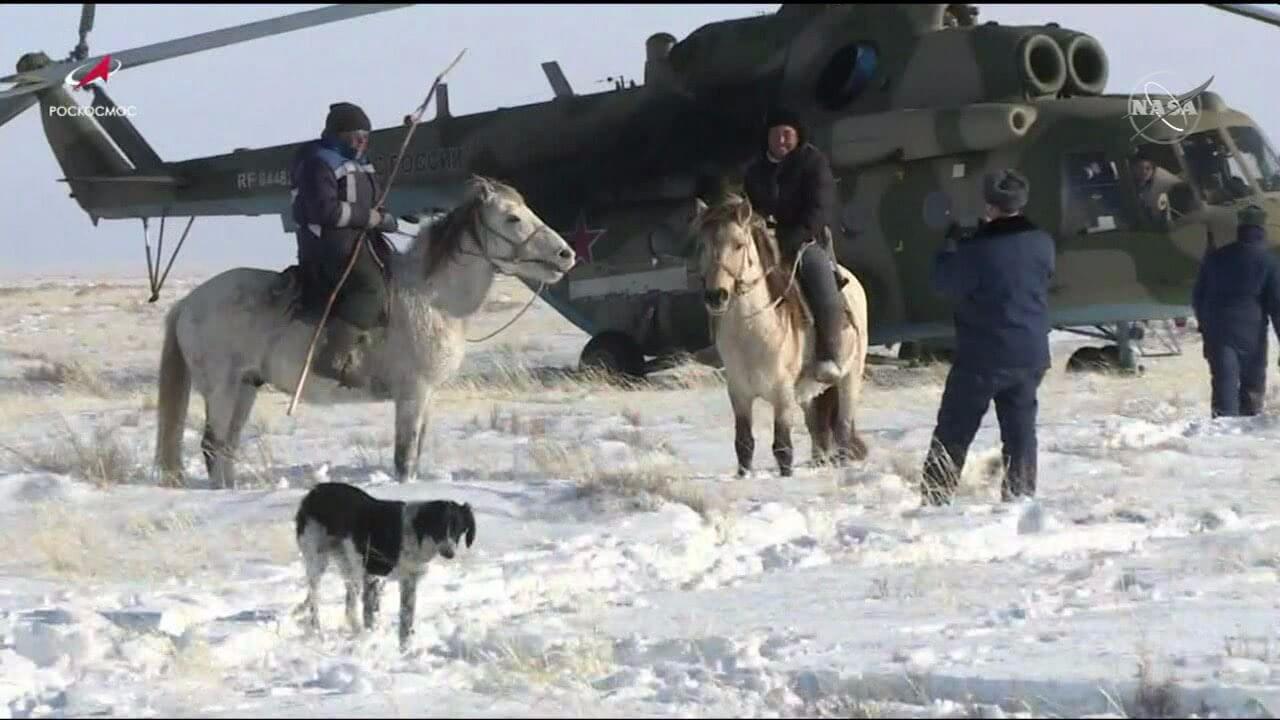 Soyuz MS-13 is welcomed by a helicopter, two horsemen and a dog. Courtesy: NASA TV via spaceflightnow.com