We give our congratulations to the Royal Air Force (RAF) which celebrates its centenary from its formation from the merged Royal Flying Corp and Royal Naval Air Service in April 1918. After helping complete the defeat of Germany in World War I, and fight some of Britain’s small colonial conflicts in the 1920s, the RAF’s finest hour really came when it both helped achieve the Dunkirk evacuation and then won the Battle of Britain campaign against Nazi Germany’s Luftwaffe in 1940. In doing so it probably prevented invasion and saved democracy and freedom in the Western world. 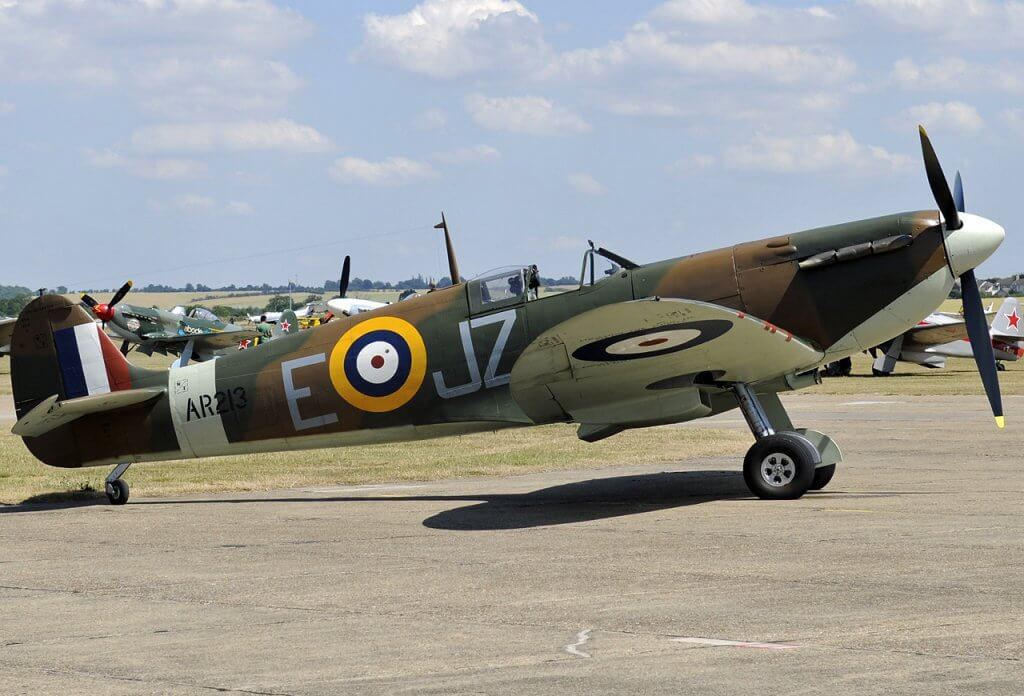 Modern day image of RAF Spitfire Mk1a which were often scrambled into the air during the Battle of Britain. Courtesy: Wikimedia

Of course, mistakes were made, but at least fighter command learned its lessons. Even during the Battle of Britain the RAF’s close formations were found to fair much worse than the German looser formations.

The RAF’s later campaigns during World War II have a more mixed reputation.  While sometimes flown with tremendous bravery on display,  Bomber Command had a disastrous start while flying daylight operations (witness the RAF Fairey Battle crews’ suicidally gallant attempts at bridge bombing in France in 1940) and soon switched to safer but less accurate night “area bombing” raids.  Even this idea, promoted mainly by Bomber Command chief Sir Arthur “Bomber” Harris, proved to be not as effective as originally thought.  Late analysis suggested that the RAF would have been better at going for more specific strategic targets (the Dambusters’ raid being an example) especially those involving German oil production.

The RAF lost tens of thousands of brave men on its bombing missions, in addition to hundreds of thousands of German civilians killed and injured on the receiving end.  In fact, RAF bomber command aircrews had the highest casualty rate of the armed services during the war, with only merchant marine and Royal Navy submarine crews having a more hazardous time.

However, later tactical strikes using both RAF bombers and fighter bombers contributed significantly to the success of the allied war effort – especially in the Mediterranean and in the Western Desert in Libya, and during D-Day and in the  subsequent push towards Germany. Other wartime achievements include Coastal Command’s contribution in the Battle of the Atlantic against the U-boat menace.

After the war, the RAF transport aircraft helped supply Berliners during the Berlin Air Lift.  Meanwhile, as the Cold War progressed, the merged “Strike Command” with its Hunters and Javelins, followed by its supersonic Lightning and Phantoms, guarding the coast, while its V-bomber crews and Buccaneer pilots safely maintained the UK’s nuclear deterrent.

That did not mean that the RAF had no actual fighting to do. The RAF also took part in several smaller war operations ranging from Suez to the Falkands War (though in truth the latter was mainly a Fleet Air Arm achievement).

In the more modern era, poor equipment choices (the JP233 etc) along with hazardous low level tactics led to the RAF having the highest attrition rate (as a percentage of aircraft employed) of all combatants in the first Gulf War in 1990-91 – well excepting the Iraqi Air Force.  Five Tornados were lost in the first week of the war due to enemy fire and due to flying accidents.  The Tornado aircrews involved were brave and skilled men nevertheless, and later became highly adept at very accurate strikes from medium altitude in conjunction with the RAF’s venerable Buccaneer jets (the Tornado’s in some ways even better predecessor) equipped with laser designators, while RAFJaguars contributed to the ground support role.

Meanwhile, many survivors of maritime and mountain accidents and natural disasters are grateful to those who crewed the RAF’s air-sea rescue helicopters (before this role was privatised), and for RAF Hercules aircraft and Chinook helicopters for supplying the starving.

As it looks to the future, the RAF still has some major capability gaps as the result of financial restrictions and some very poor procurement decisions in the past.

The Typhoon is rated as a very agile high performance fighter – but it lacks the radar return attenuating “stealth” technology of the latest jets. In other words, they may get shot out of the sky before their radars can even see the stealthier enemy.

The more stealthy F-35B Lightning II is coming on stream officially to replace the Tornado strike bomber but in reality this supersonic “jump jet” is more of a replacement for the prematurely retired RAF Harriers (and Royal Navy Sea Harriers) rather than the Tornado.  It simply does not have the range for the Tornado’s long distance overland strike role even with in flight refuelling and even with stand-off cruise weapons.  As it is, the Royal Navy’s Fleet Air Arm will rightly want first dibs on the limited number of F-35Bs for operation on their very under-equipped Queen Elizabeth-class carriers.

At least the RAF will soon have a proper maritime reconnaissance capability via the purchase of the Boeing P-8 Poseidon after the costly Nimrod MR2/Nimrod MRA4 replacement debacle.  And the service has embraced unmanned “Reaper” drone strike technology that no longer puts pilots’ lives in jeopardy.

On the space front, it should be remembered that while its Typhoon fighters and soon-to-be retired Tornado strike bombers get all the glory, the RAF is also the main body responsible for the UK’s military space affairs.  The RAF is  the principle organisation responsible for the operation of the UK Ministry of Defence Skynet communications satellites, as well as for the UK’s early warning radar network.  Of course, Skynet is in desperate need of replacement.

After briefly considering building Zircon spy satellite in the 1980s (a project ended as it then UK threatened access to US satellite imagery) the RAF is also putting its toe back into the water with imaging reconnaissance satellites including part financing the technology demonstration Carbonite-2 satellite which is also known as VividX2 – a test satellite for the Earth-i/Vivid-i imaging constellation.

Impressive moving imagery taken by the satellite of Dubai airport taken from the spacecraft is available here:

In conclusion then, despite some obvious failures of the past and present of the RAF, there have also been some tremendous successes. As such, we should always be grateful to the men and women who have often had to risk their lives, sometimes in less than the best equipment, and with less than the best tactics. For without the skill and bravery of the RAF aircrews of the past we might not be here now.