The Russian Ministry of Defence has successfully launched a Soyuz 2-1v light-class rocket with a Volga upper stage from the Plesetsk Cosmodrome, Russia at 2025 GMT on 1 August. The satellite carried has now been codenamed as Cosmos 2558 (Kosmos 2558), a generic filler name used by Russia to keep details about the spacecraft and its purpose under wraps.

The Volga third stage separated from the second stage of the rocket around nine minutes after launch and inserted the satellite into a Sun-synchronous orbit of 452 x 435 km at 97.3 degrees inclination. There is also speculation that the satellite may have a kinetic weapon system aboard it.  The spacecraft was initially believed to be carrying Nivelir-SD-1, a military satellite used for geodesy measurements but is now thought to be an inspection satellite.  There is speculation among Western analysts that has been launched to trail NRO L-87 (USA 326), a US military satellite which is believed to be a new class of electro-optical imaging satellite, as the launch was in the same orbital plane.

The inaugural launch of the Soyuz 2-1v – a light satellite launcher based upon the Soyuz 2-1B – took place in December 2013. To date Russia has launched eight Soyuz-2.1v rockets, with the latest marking the seventh successful launch.
Courtesy: Ministry of Defense of Russia/Zenger.

Farah Ghouri contributed to this story. 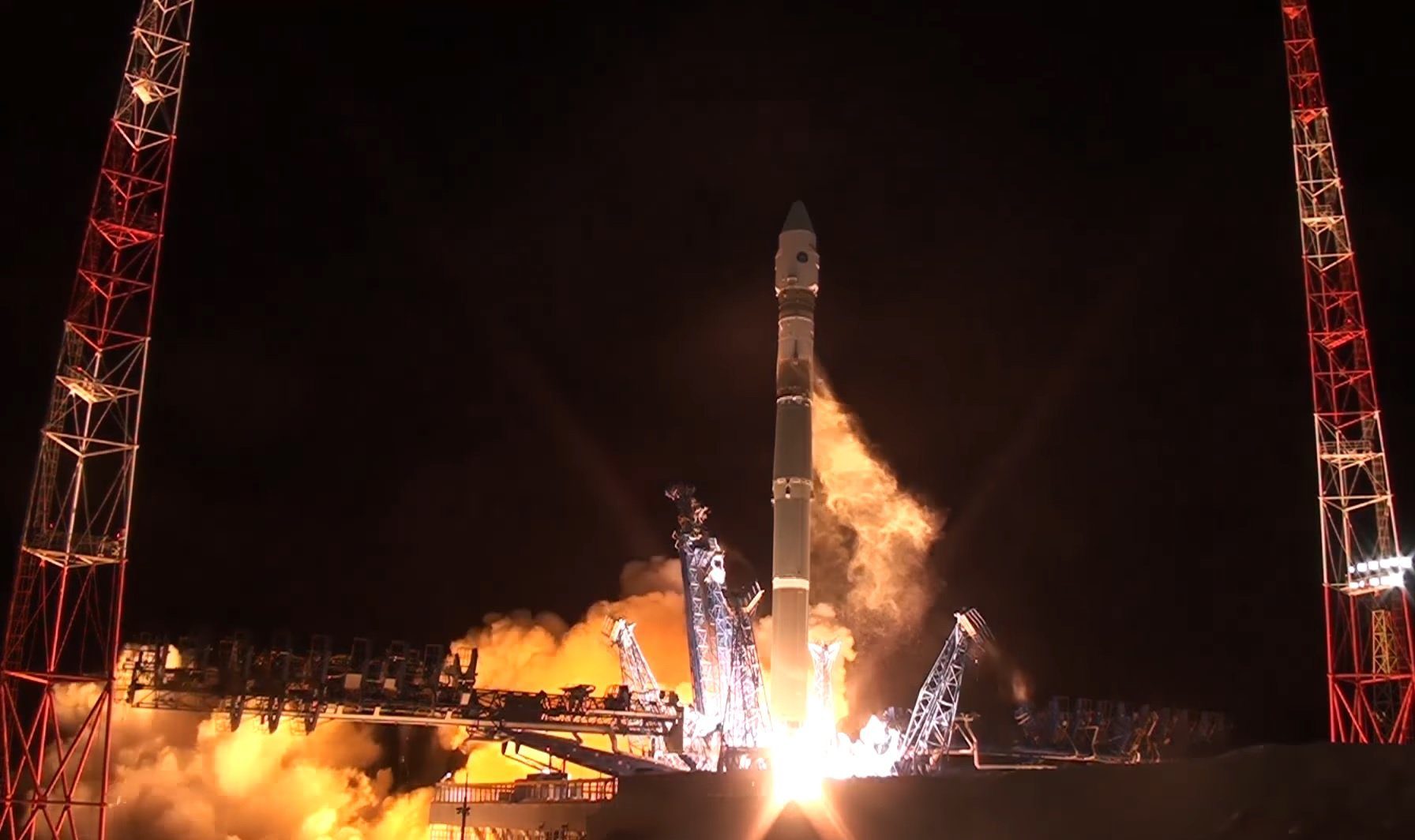 All seemed set fair for the Cosmos 2511 ocean, weather and wave monitoring satellite (also known as Kanopus ST-1) after its launch Read more