HawkEye 360 was represented at SATELLITE 2020 by their Americas Sales Executive, Richard Holmquist. He was on the Hybrid Satellite-Based Solutions for the Maritime Market panel, talking about the niche that HawkEye is carving out for itself. HawkEye 360 is providing a unique RF (radio-frequency) analytical product to enable geo-location of vessels through RF data analytics.

It does this through the use of its cluster of three in-orbit satellites. These units operate in LEO and fly in a formation which enables signal triangulation. The satellites are able detect radio emissions across a spectrum ranging from vhf to Ku-band (144 MHz to 15 GHz).

The particular usage case provided to us at the panel showed the detection of illegal fishing vessels. These ships, which may well have an AIS transmitter equipped, are either not broadcasting it or are “spoofing” their location. Spoofing is when the AIS transmitter has been tampered with to alter the signal being sent. Specifically, in this case it means that the signal gives an inaccurate location to any receivers. The HawkEye satellites are able to detect other radio emissions from the vessel and through the use of analytics calculate a location. 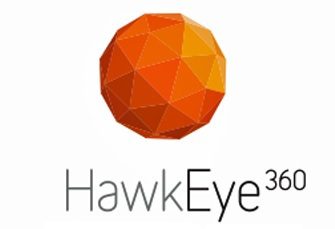 HawkEye launched their first three-sat cluster in December 2018. They are expecting the second cluster to be launched in September 2020. Following funding raised in August 2019, the company has to date raised over US$100m. This means that their planned 18-unit constellation is full-funded. The company has ordered the next 12 units from supplier the Space Flight Laboratory (University of Toronto). These 12 satellites are all planned for launch in 2021, completing their constellation by the end of the year.