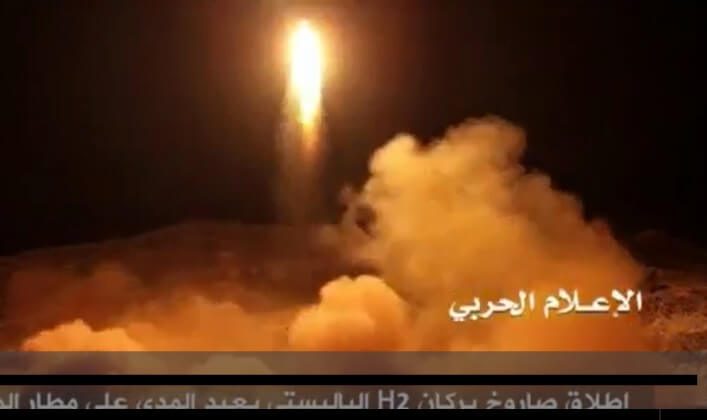 On 4 November a “Scud-class” Burkan H2 ballistic missile which was launched at Riyadh by Iranian-backed Houthi rebels 1,200 km away in Yemen, has been shot down. The ballistic missile, which was apparently intercepted by a Saudi-operated Patriot missile, broke up over the Saudi capital with debris falling on the Riyadh’s King Kalidh International Airport. A loud explosion was heard in the North of the city as the interception took place.

The US-built Patriot surface-to-air missile (SAM) was specifically designed to counter such ballistic missile attacks as well as to shoot down military aircraft. It gained fame in the first Gulf War in 1990-91 for defending Israel against Iraqi Scud missile attacks which Saddam Hussein’s regime in Iraq fired as it attempted to widen the war. It truth however, the Patriot SAM’s excellent reputation gained from that conflict was misplaced. A later analysis found that the Patriot’s fusing had not been perfected and its late firing mean that the Patriot’s warhead tended to blow up the body of the passing Scud missile rather than the Scud’s dangerous warhead which was still able to fall on the Israeli capital, Tel Aviv. Since then these problems have been ironed out and the Patriot is now proving itself to be an excellent short-to-medium range ballistic missile interceptor.

The attempted missile strike on Saudi Arabia was not the first one perpetrated by Houthi rebels. For example, in July, a similar ballistic missile was shot down near Mecca. 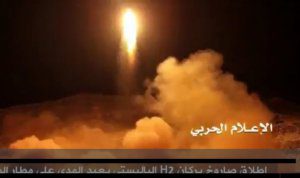 The sectarian nature of the current conflict showed itself when Saudi Arabia, which practices the Sunni variant of Islam, criticised the Government of Iran for supplying the missiles to the Houthi rebels who, like Iran, also practice the Shia version of the religion. While this fact is contested – the missiles may instead have been examples captured from the Yemeni armed forces –  it is thought that either Iran or its allies the Lebanese Hezbollah movement, may have given the Houthis technical help with the launching of these missiles.

Saudi Arabia’s Crown Prince Mohammed bin Salman described the attempted missile strike as an “act of war” and has rounded on Iran for its a “direct military aggression”. Saudi Arabia has now closed its border with Yemen and blocked air and sea access to the country in a blockade which is now threatening a major famine.

Prior to this, Saudi Arabian F-15 and Tornado fighter bombers have been involved in the civil war in Yemen as have other Arab air forces, supporting the government side by making bombing sorties against the Houthi side since 2015.