A Long March 3B/YZ-1 (CZ-3B/YZ-1) rocket lifted off from the Xichang Satellite Launch Center, South-western China, on 23 November, at 00.55 GMT. The mission is to aid the Chinese satellite navigation system, Beidou – Compass in English. On board the rocket were two Beidou-3 satellites, the M-21 and M-22 units, which were being transported to Medium Earth Orbit (MEO). The rocket was equipped with the YZ-1 Upper stage. 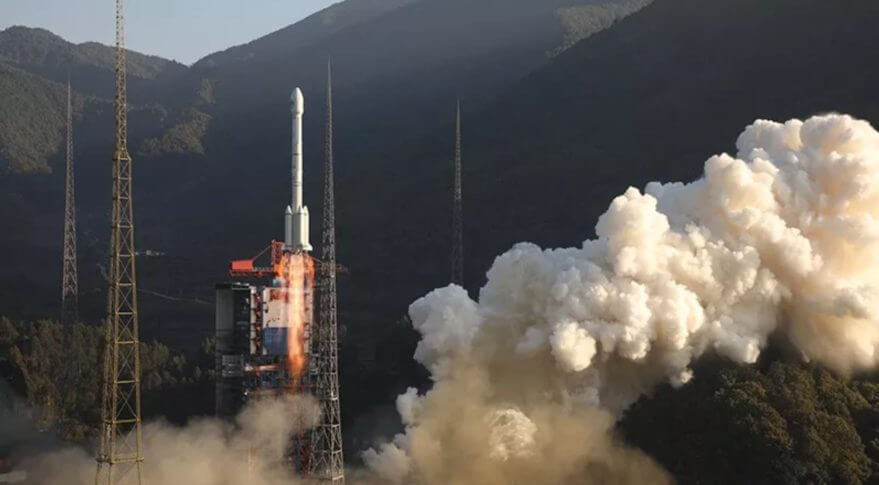 Following the launch, it is reported that the rocket’s first stage crashed down onto a house in a village down range. Immediate reports do not suggest any casualties. While an evacuation warning is normally given to the population lying on the ground track, post-crash video footage shows people in the immediate vicinity. This is not without risk to them given that the immediate surroundings would been exposed to contamination by toxic hydrazine/nitrogen tetroxide propellant combination used by the first stage.

China is currently examining the use of fins to help steer stages away from buildings and population centres. However, so far, only the Long March 2C and Long March 4B rockets have flown with these. Given that the Long March 3B will be retired in favour of the Long March 5 flown ocean-wards from Hunan Island, it is unlikely that these will be fitted to that launch vehicle. 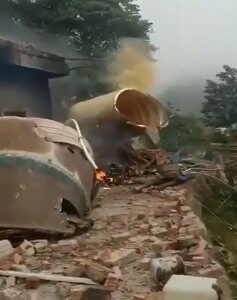