Continuing a recent spate of orders for the industry, SES has expanded its O3b mPOWER order with Boeing. The Europe-based operator of a global communications satellite fleet announced this on 7 August, alongside the American satellite manufacturer. This addition to the mPOWER order will see four new units built by Boeing, bringing the total to 11. The satellites are based on Boeing’s new “software-defined”, all-electric 702X platform. SES expects to pay EUR€480 million (US$566 million) for these four sats, including launch and insurance costs.

The original seven-unit mPOWER order was placed in 2017. These units are destined for Medium Earth Orbit (MEO) and will provide a second-generation to the in-orbit 20-unit O3b fleet – purchased by SES in 2016. 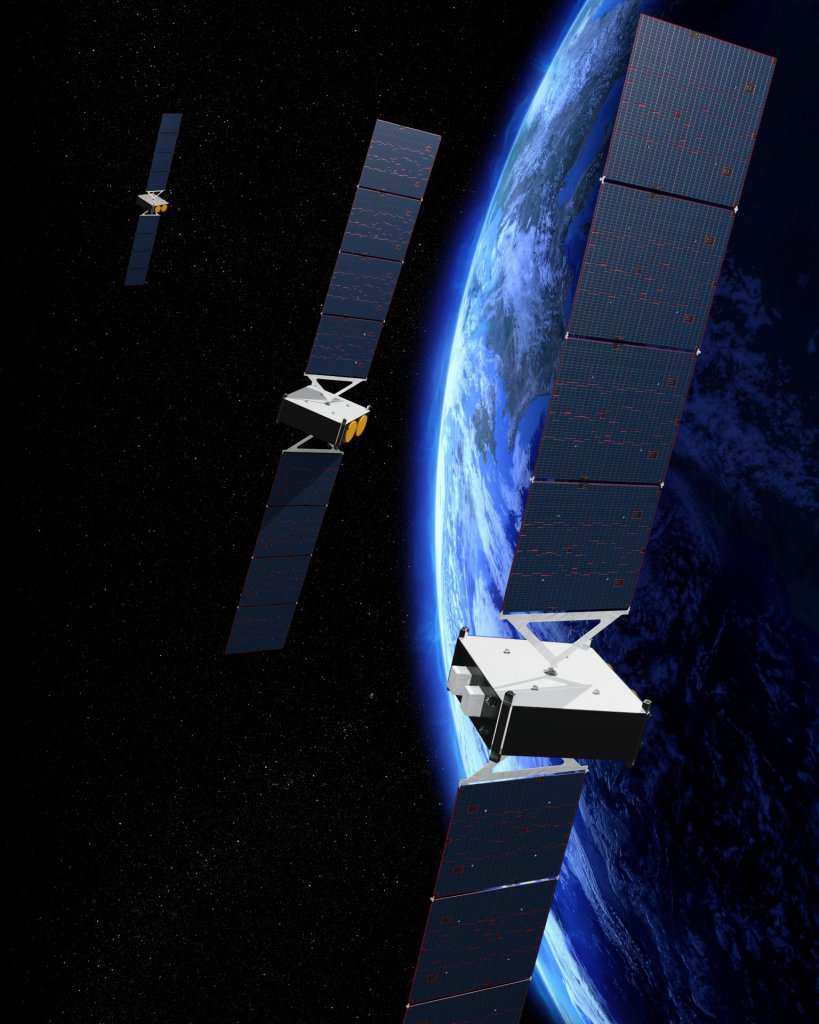 Artist’s impression of some of the planned O3b mPOWER satellites. Courtesy of SES

Alongside this order announcement comes a change to SES’s future launch schedule, outlined in the Q2/half year financial report. The initial seven satellites were to be launched on two SpaceX  Falcon 9 launches during 2021. However, following this modification four launches are now planned. There will first be three, three-unit launches spaced over two years (the first in late-2021, then two during 2022), followed by a dual-unit launch in 2024. SpaceX remains contracted for the first two launches, but it was not known, at the time of writing, whether it would be selected for the other two missions.

Updated on 20/08/2020: Not too long after ordering the extra units from Boeing, SES secured the two extra launches it needed. It has selected current incumbent SpaceX to provide two further Falcon 9 launches to complete placing the 11 mPOWER satellites into orbit.