Tyvak Nano-Satellite Systems (Tyvak) has received an order from the US Air Force Research Laboratory (AFRL) for a spacecraft to conduct research in Very Low Earth Orbit (VLEO). The contract was specifically awarded by the Space Vehicles directorate of the AFRL and was announced on 17 November. The spacecraft will support its Precise flight experiment which hopes to better understand the physics of the VLEO environment. It will have to be capable of manoeuvring between VLEO and LEO.

With a reported contract value of US$8.4 million, the satellite is planned for launch in 2024. 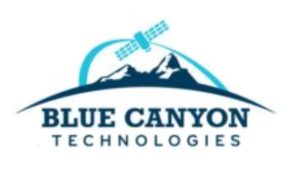 Another contract awarded by the AFRL in a unrelated programme has gone to Blue Canyon Technologies (BCT). This award is valued at US$14.6 million and requires BCT to provide AFRL with a small satellite platform capable of operating beyond GEO, according to the 22 November announcement. This spacecraft will be a “inspector” satellite for units operating beyond Geostationary orbit (GEO). BCT is expected to deliver the satellite by February 2023.