The European Space Agency’s Solar Orbiter (SolO) mission has been sent on its way by an Atlas V 411 rocket launch. The launch took place at 0403 GMT from Cape Canaveral in Florida. The Centaur stage of the United Launch Alliance rocket put the SolO spacecraft into a heliocentric orbit. The 1,800 kg spacecraft, built by Airbus Defence and Space, will now use multiple planetary flybys of Venus to modify its two-year approach to its imaging orbit 42 million km from the Sun.

NASA is a partner on the mission, while the UK’s space industry has led much of the instrument design for the US$1.5 billion project.

The SolO spacecraft will image and take measurements of the Sun’s surface, including at its poles, as it researches how solar weather emanates from the star. The spacecraft is powered by solar arrays and employs a heat shield, made in part from baked animal bones, to protect cameras and instruments from temperatures of over 600 degrees Celsius. Peepholes are opened for short periods to allow images and readings to take place.

Bizarrely, despite the extreme temperatures, the instruments also need thermal heaters to protect them from the cold behind the heat shield. 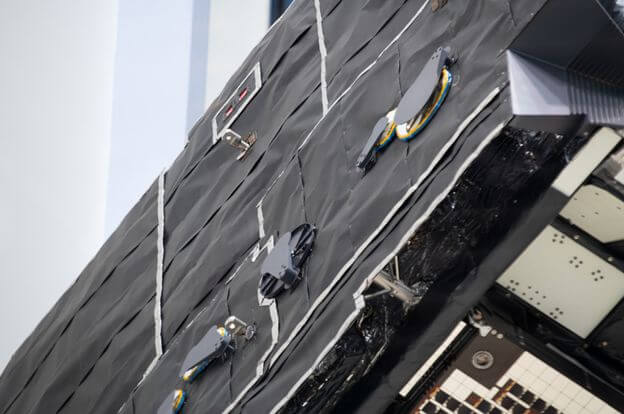