After a technical delay two days previously, a Soyuz 2-1a/Fregat rocket lifted off from the Baikonour Cosmodrome near Tyuratam in Kazakhstan, at 0607 GMT on 22 March. The rocket carried the white and blue livery of the launch provider, GK Launch Services. While some 38 spacecraft were carried, the major payload in terms of mass was the CAS500-1 South Korean remote sensing satellite. Other Earth imaging satellites included four Grus 100 kg satellites for Axelspace.

One of the spacecraft which made the headlines was the Astroscale ELSA-d spacecraft, which is designed to test satellite magnetic spacecraft and space debris retrieval technologies using a small target satellite. 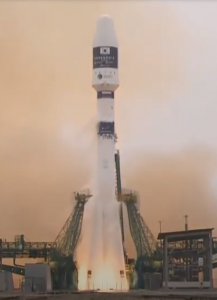 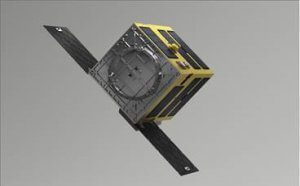 Other satellites on board included a 32 kg spacecraft carrier satellite Unisat-7 for Italy, which is also testing a plasma thruster and carrying some very small cubesats and pocket cube satellites, as well as various other cubesats. A full listing is available on the nasaspaceflight website here