A Soyuz 2-1v rocket was launched from the Plesetsk military launch site in Northern Russia at 1959 GMT on 9 September.  The satellite carried has been given the codename Cosmos-2551 (Kosmos-2551) to indicate that it is a Russian military satellite. In fact it is a Razbeg reconnaissance satellite – a new type of Earth imaging satellite for the Russian military. The Soyuz 2-1v is a two stage small launch vehicle which employs an NK-33A main engine supplemented by four RD-0110R engines on the first stage. The second stage uses a single RD-0124 engine.

The satellite was launched into a 307 x 295 km sun-synchronous low Earth orbit inclined at 96.3 degrees to the Sun.  This satellite is the first fully operational Razbeg imaging satellite and has a panchromatic camera capable of 0.9 m resolution imagery. The satellite uses the EMKA (Experimental Small Space Apparatus) bus design built by JSC Corporation VNIIEM (AG Iosifyan) which had been previously test flown on the Cosmos 2525 (Kosmos 2525) mission in 2018.

Update on 20 October 2021: The Cosmos 2551 satellite appears to have had a failed launch as it was left in a low 307 x 295 km at 96.3 degree inclination orbit. It is believed to have been on its way to a planned 280 km circular sun-synchronous orbit at circa 96.6 degrees inclination. However, it remained it its original orbit which rapidly decayed and its failure to hold its altitude or circularise at this operational orbit indicates a probable failure of satellite’s own propulsion system. An uncontrolled re-entry to a safe burn up is imminent. 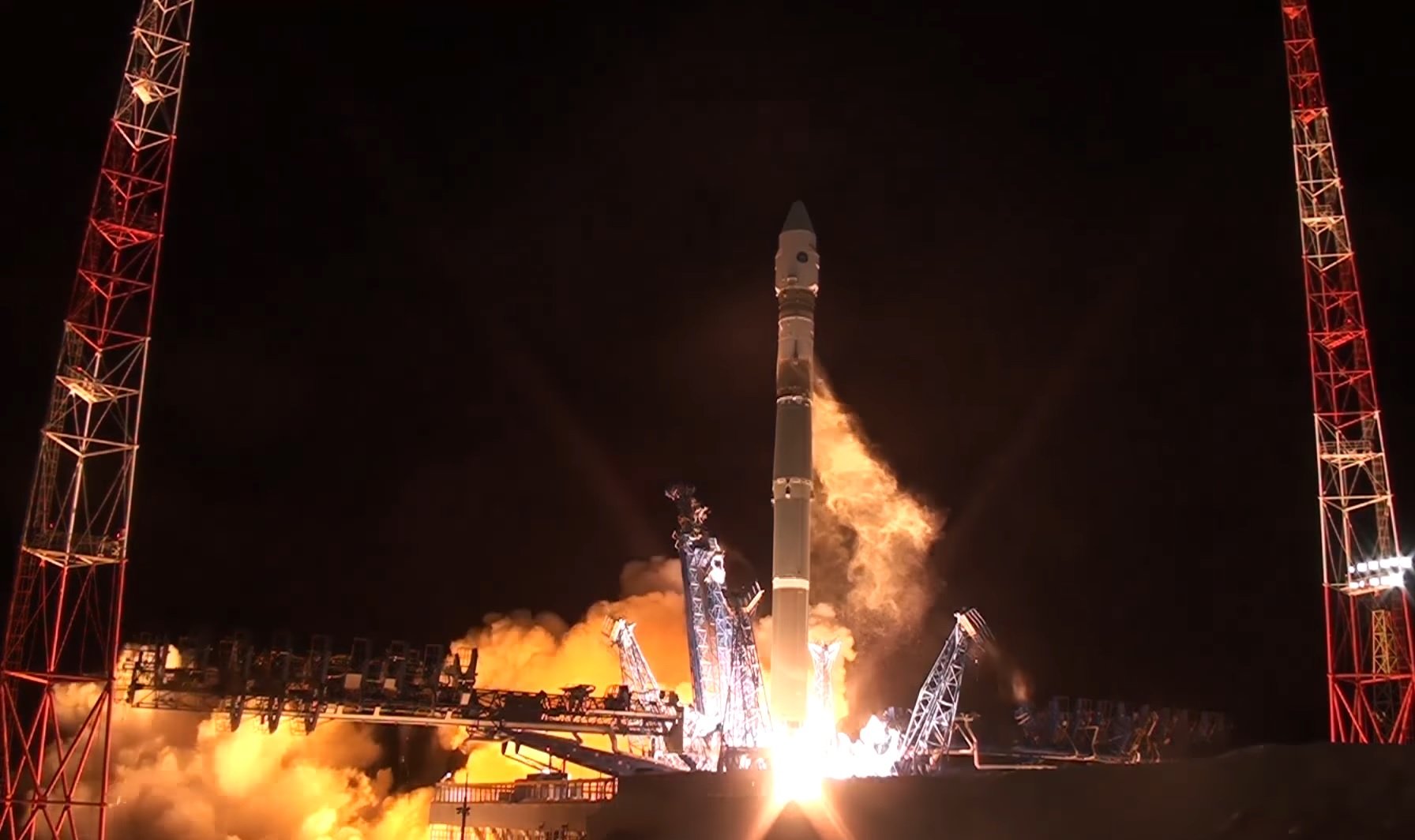 Cosmos 2551 (Kosmos 2551) the first in the operational Razbeg reconnaissance satellite series is launched by a Soyuz 2-1v. Courtesy: Roscosmos