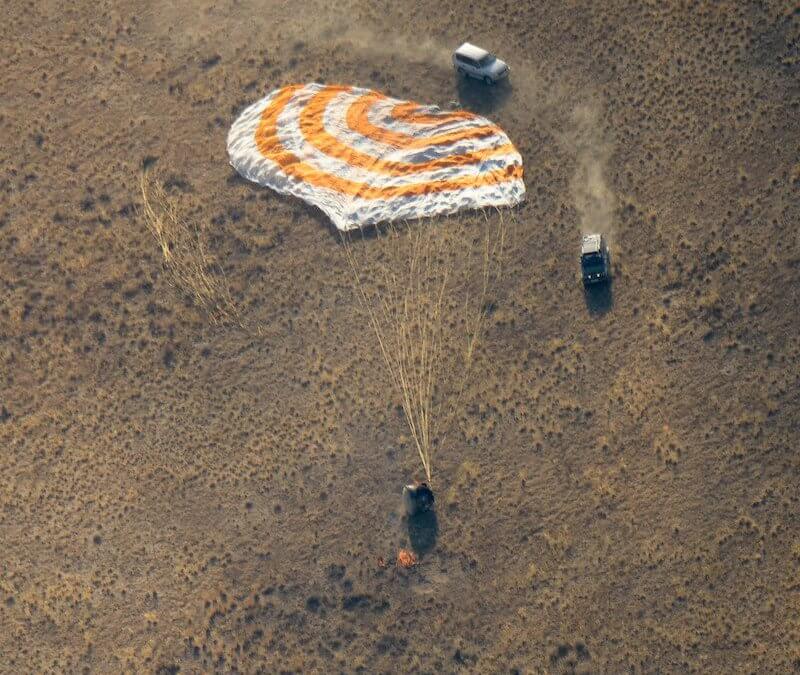 At 0736 GMT on 3 October 2019, the Soyuz MS-12 spacecraft (aka ISS-58S) undocked with the ISS carrying Russian cosmonaut Alexey Ovchinin, US astronaut Nick Hague and the first UAE astronaut Hazzaa Ali Almansoori aboard. Later the same day, the spacecraft made a de-orbit burn, separated into three modules, and then re-entered the Earth’s atmosphere. The Soyuz MS-12 crew carrying capsule landed safely via its parachute and rocket arrested proceedure in Kazakhstan. Landing time 1059 GMT with recovery crews ready nearby to help the crew leave the capsule. 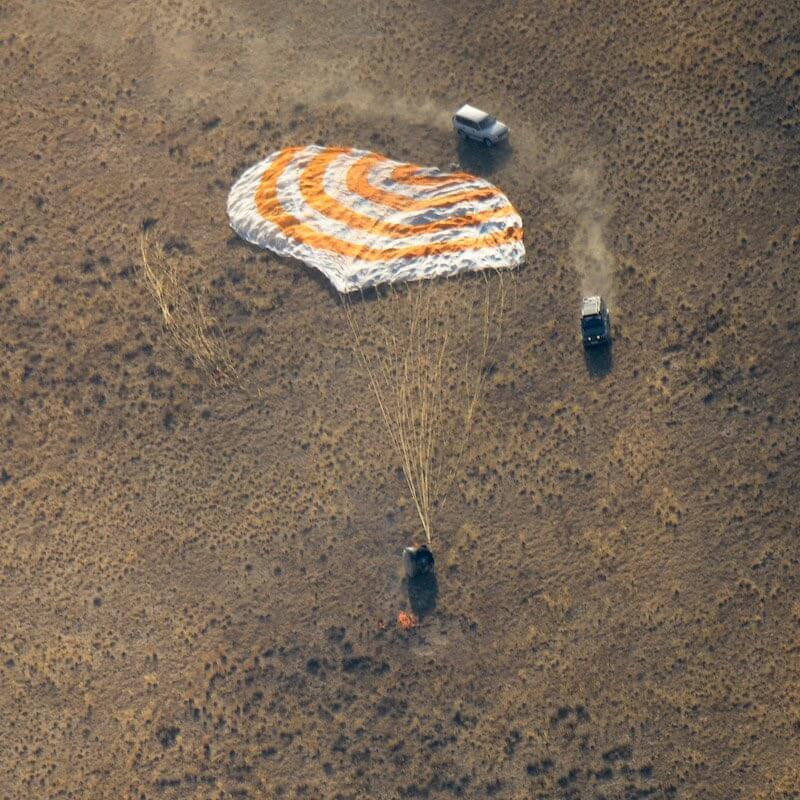