At 0338 GMT on 22 August 2019, a Soyuz 2.1a rocket successully launched the Soyuz MS-14 spacecraft into orbit from the Baikonur launch site, near Tyuratam, Kazakhstan. While such Soyuz MS spacecraft usually carry cosmonauts and astronauts, this flight had no humans aboard. This was because it was a test launch of the Soyuz 2.1a rocket/Soyuz MS ahead of it inheriting the manned launch role from the Soyuz FG which the Soyuz 2.1a replaces in late 2019 after the final Soyuz FG flight in September.

The new rocket’s main advantage over its predecessor is that it has a digital control system replacing the old analogue set which allows roll manoeuvres onto the launch azimuths.  Previously, Soyuz rockets had to be physically aimed by the launch pad in the azimuthal direction.

While it carried no humans, it would be wrong to say Soyuz MS-14 spacecraft had no-one aboard on this test flight.  It carried a robot in the commander’s seat.  The robot, the Skybot F-850, is the Russian equivalent of the NASA Robonaut 2, and which will be tested on board the ISS before its later return to Earth.

Update on 28 August 2019: Soyuz MS-14 docked with the ISS Zvezda module at 1508 GMT on 26 August 2019.  The docking was a relief to Roscosmos and NASA after a docking abort at 0536 GMT on 24 August two days before. That was caused by a fault on the Kurs docking approach control system on the Poisk module.

To make way for the Soyuz MS-14, on Aug 26 astronauts Skvortsov, Parmitano and Morgan undocked from the Zvezda module in Soyuz MS-13 at 0335 GMT and redocked with the Poisk module at 0359 GMT. This left the Zvezda module, with its working Kurs system, free for a second docking attempt for Soyuz MS-14. 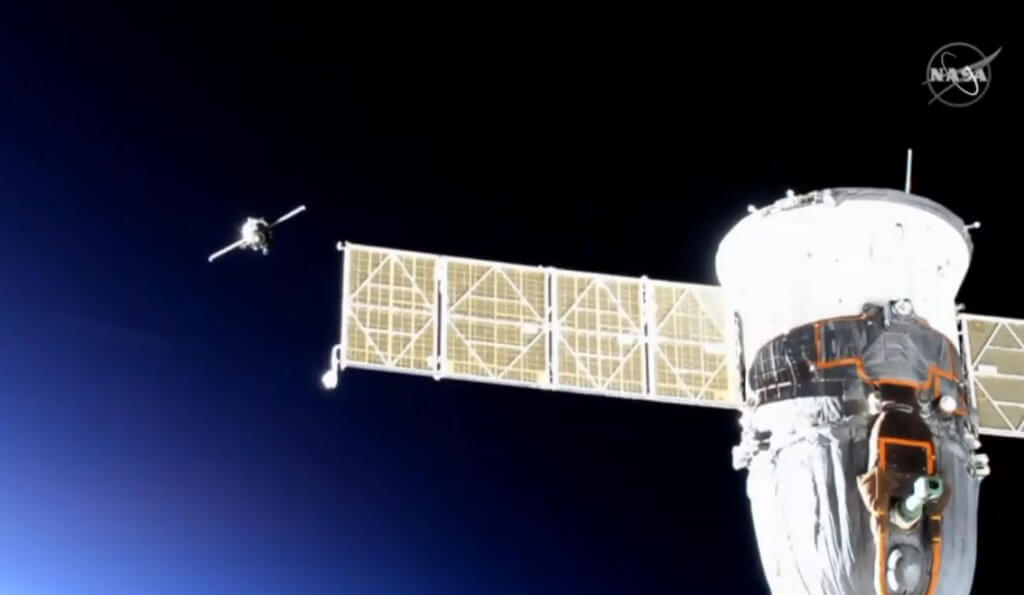 Soyuz MS-14 makes its approach with Soyuz MS-13 in the foreground. Courtesy: NASA

On 27 August Canadarm-2 unberthed the unmanned cargo craft Dragon CRS-18 from the Harmony nadir port and released it into orbit at 1459 GMT. Dragon fired its Draco thrusters for a 12m53s deorbit burn at 1922 GMT and it splashed down in the Pacific at about 123.6W 32.5N at 2021 GMT.

All times and some details from Jonathan McDowell 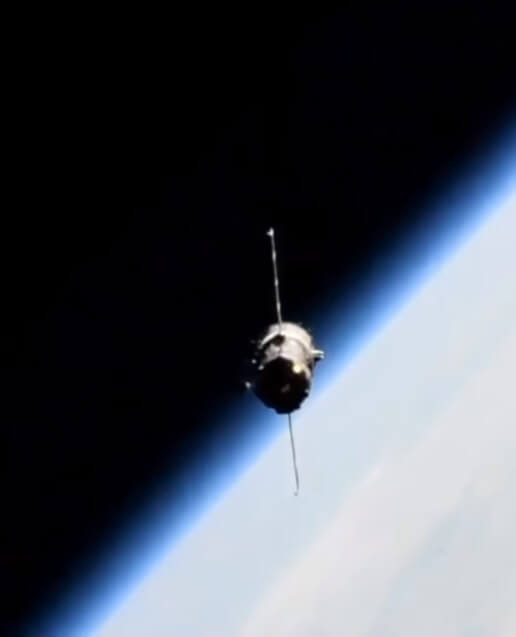