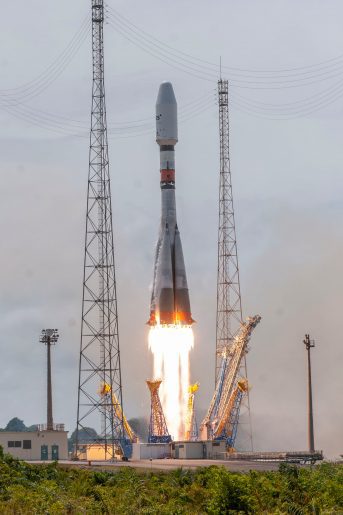 At 1703 GMT on 4 April, four O3b satellites for the European SES satellite operator were launched by a Soyuz 2-1B rocket from the “European Space Port’s” Sinnamary launch site near Kourou in French Guiana.  The rocket was operated by Arianespace. 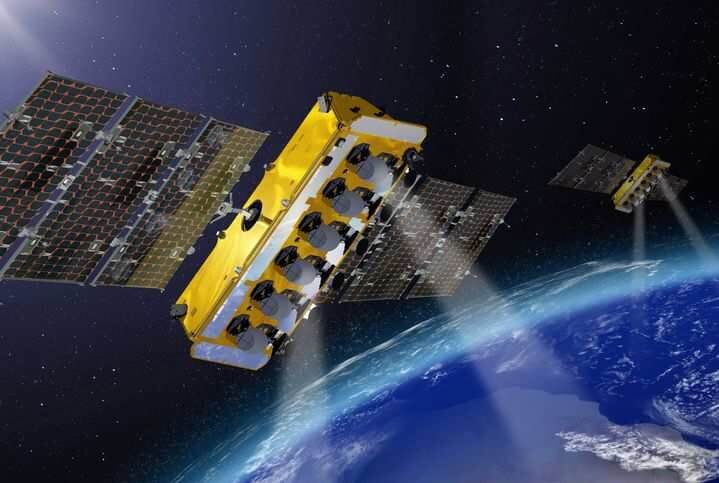 Built by Thales Alenia Space, the 700 kg spacecraft operate as part of a constellation in an 8,000km Medium Earth Orbit (MEO) offering a Ka-band communications service.