It looks as if the floodgates might be about to open in the space tourism market following years of frustratingly slow progress. On 13 May, space tourism company Space Adventures announced that two civilians will fly to the International Space Station (ISS) on the Soyuz MS-20 mission this December. Russian cosmonaut Alexander Misurkin will be joined by Japanese billionaire Yusaku Maezawa and a production assistant, Yozo Hirano, on the 12-day mission. Hirano will be responsible for “documenting Mr Maezawa’s mission”, according to Space Adventures.

Maezawa is perhaps best known for his purchase of a SpaceX Starship flight around the Moon on which he intends to take a number of artists, who will no doubt record his adventure. The Soyuz MS-20 mission appears to be a slightly less demanding precursor to that circumlunar media-fest. The crew selection came as a surprise, however, as earlier reports had suggested that Austrian pilot Johanna Maislinger and Japanese entertainer Yumi Matsutoya would fly on the first dedicated commercial Soyuz flight to the ISS.

Coincidentally, on the same day that Space Adventures made its announcement, the Russian space agency Roscosmos revealed that actress Yulia Peresild would accompany director Klim Shipenko and cosmonaut Anton Shkaplerov on the Soyuz MS-19 mission to the ISS, which is due to launch two months before Maezawa’s mission. Peresild and Shipenko will spend a similar amount of time on the station, in their case shooting scenes for a Russian movie called ‘Vyzov’ (The Challenge) which Roscosmos is producing with the Russian TV network, First Channel. Space Adventures is billing MS-20 as the first dedicated commercial Soyuz flight to the ISS. But the financial aspects of the MS-19 mission are less clear. 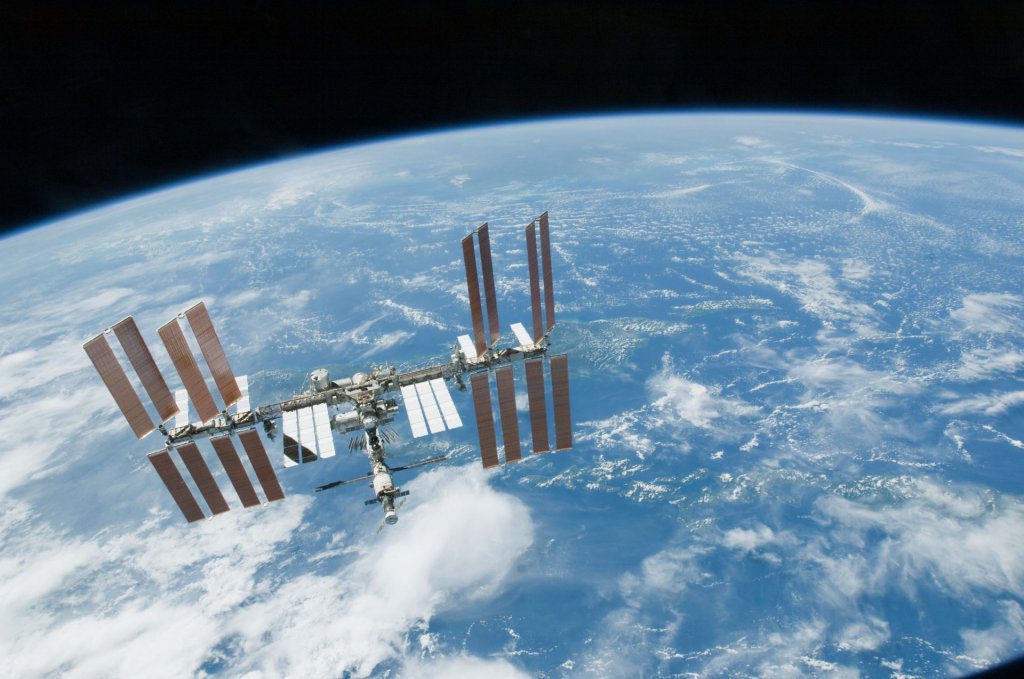 The ISS, a human LEO outpost and science station which will soon also become a film set. Courtesy of NASA

That week in May appeared to follow the model of bus arrivals, whereby none appears for a long time then three come at once. On 10 May, Axiom Space signed an agreement with NASA for its “first private astronaut mission” to the ISS, expected no earlier than January 2022. The 10-day flight, officially named Axiom Mission 1 (Ax-1), will use a SpaceX Crew Dragon capsule launched from Kennedy Space Center in Florida. Commanded by former NASA astronaut Michael López-Alegría, the mission is planned to include three fare-paying passengers – Larry Connor, Mark Pathy and Eytan Stibbe – which would ‘up the ante’ slightly over the Soyuz missions.

Ax-1 is part of NASA’s philosophy of opening a private sector marketplace in low Earth orbit (LEO) to allow the agency to concentrate on its Artemis missions to the Moon, and later to Mars, while it continues to use LEO as a training ground for deep space missions. For its part, Axiom Space plans to add a series of commercial modules to the ISS from 2024, which will form an eventual free-flying space station.

So, after a long wait, it looks as if there will be a traffic jam at the ISS. However, NASA is careful to point out that its ‘traffic model’ does not allow unlimited opportunities for private missions, as they are restricted to two of the station’s docking ports (one of which is typically occupied by the current crew’s ferry spacecraft). It appears that most budding astronauts will have to wait for Blue Origin and Virgin Galactic to commence their suborbital tourist flights to have any chance of crossing the Karman Line.