US startup SpaceLink may be forced to file for insolvency, after its Australian parent company Electro Optic Systems Holdings (EOS) announced that it would no longer fund the satellite optical data-relay constellation subsidiary.

In a statement on 31 October, EOS said it would “cease investment in SpaceLink in November as it has (as at the date of this announcement) been unable to secure an investment partner.” To date EOS has spent AUS$58 million on SpaceLink, which was only founded in September 2020. The decision by the Australian aerospace and defence technology company, which is going through a restructuring, is not unexpected. EOS hopes to cut its annual costs by AUS$25 million. The fallout will include over 100 employees being laid off, several offices shut down as well as shutting off its in investment in SpaceLink.

The news puts SpaceLink’s plans for an optical data-relay constellation in a precarious position. Thanks to startup Audacy – which EOS bought in May 2020 – SpaceLink already has priority spectrum in Medium-Earth Orbit (MEO) as well as a complete network architecture and suppliers.

Audacy’s original plans for the constellation was based on three satellites to which EOS added a fourth. SpaceLink’s existing FCC license requires two, out its planned four, satellites to be operational in 2024. Although the company is preparing for insolvency it may still also field interest from investors. 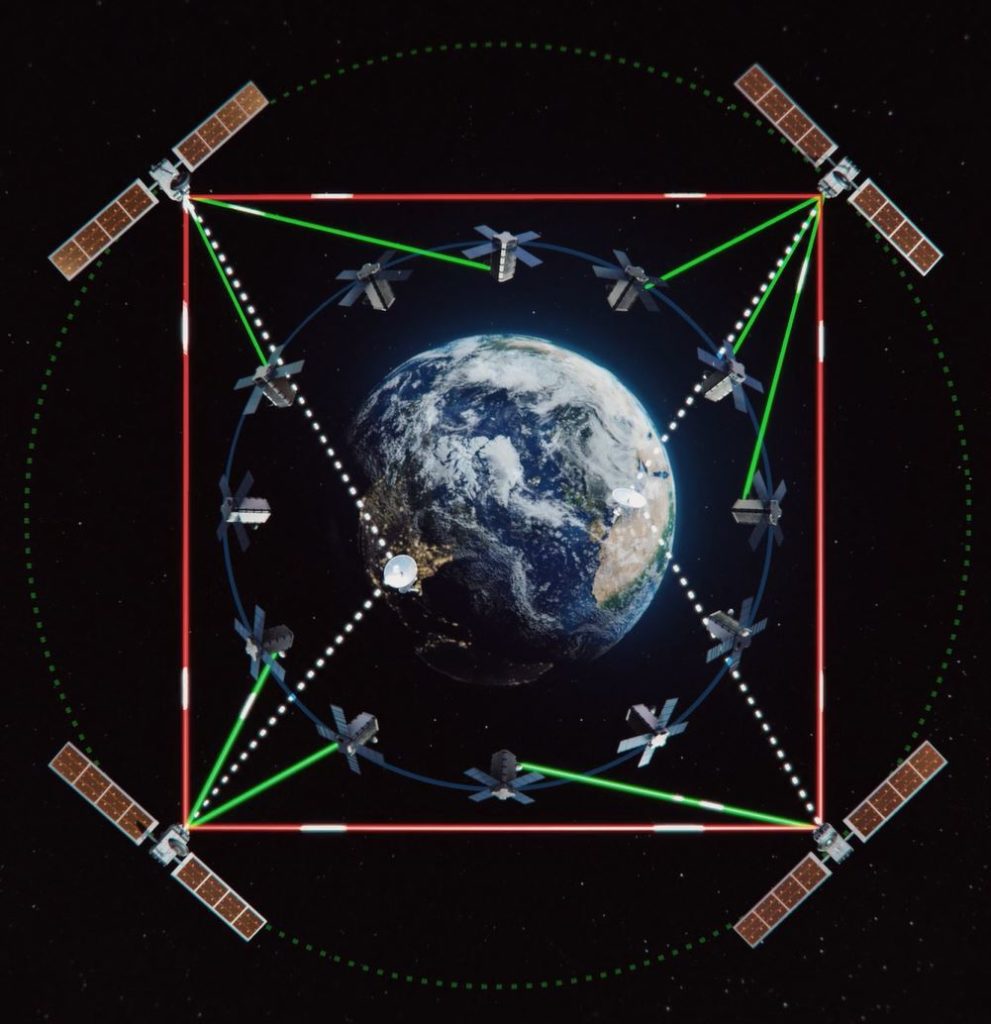 A constellation of shooting and falling stars

As quiet as the dark side of the Moon