Two NASA astronauts Randy Bresnik and Mark Vande Hei made a spacewalk from the International Space Station (ISS) on 5 October to make repairs to the station’s robot arm. During the extra vehicular activity they replaced one of the 190 kg LEE (Latching End Effector) systems in the LEE-A position on the end of the Canadarm-2 (SSRMS – Space Station Remote Manipulator System). The airlock was depressurized around 1200 GMT and repressurised at 1900 GMT (hatch shut at 1854 GMT) at the end of the seven hour spacewalk. All times from NASA via Jonathan McDowell. 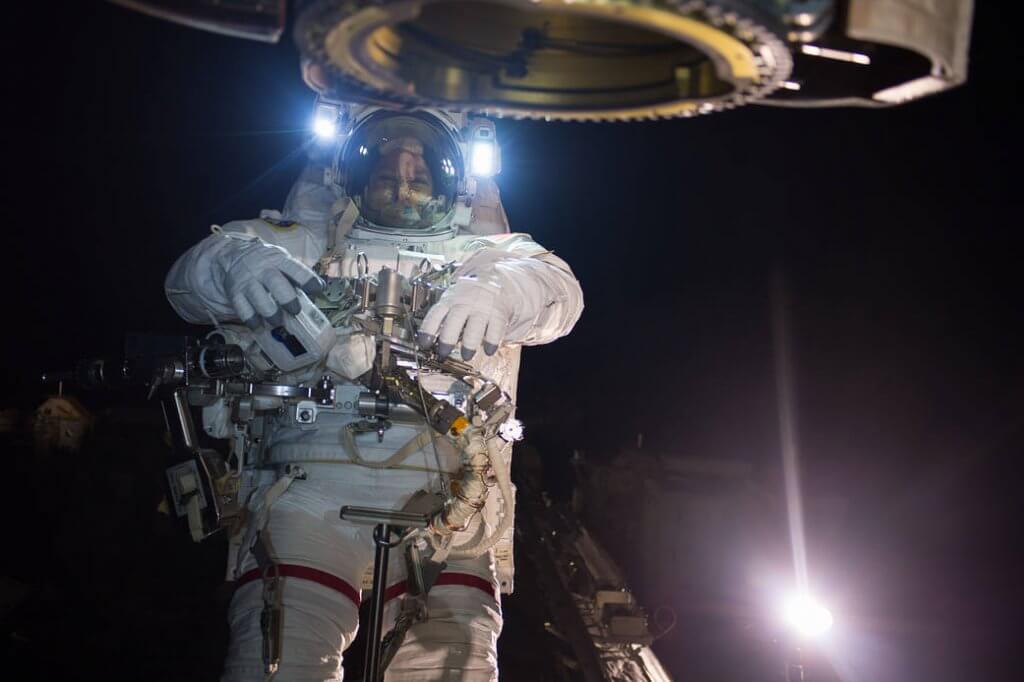 Randy Bresnik at the start of his spacewalk. Courtesy: NASA

Update on 11 October 2017:  Astronauts Bresnik and Vende Hei made a second spacewalk on 10 October to lubricate a ball joint and four latches on the newly fitted LEE (Latching End Effector) systems in the LEE-A position at the end of the robot arm.  The astronauts also tightened a latch on an external oxygen tank, rotated a spare ammonia pump module to permit its venting and moved oved two handrails. The spacewalkers also changed out a camera lens cover during the six and half hour EVA..