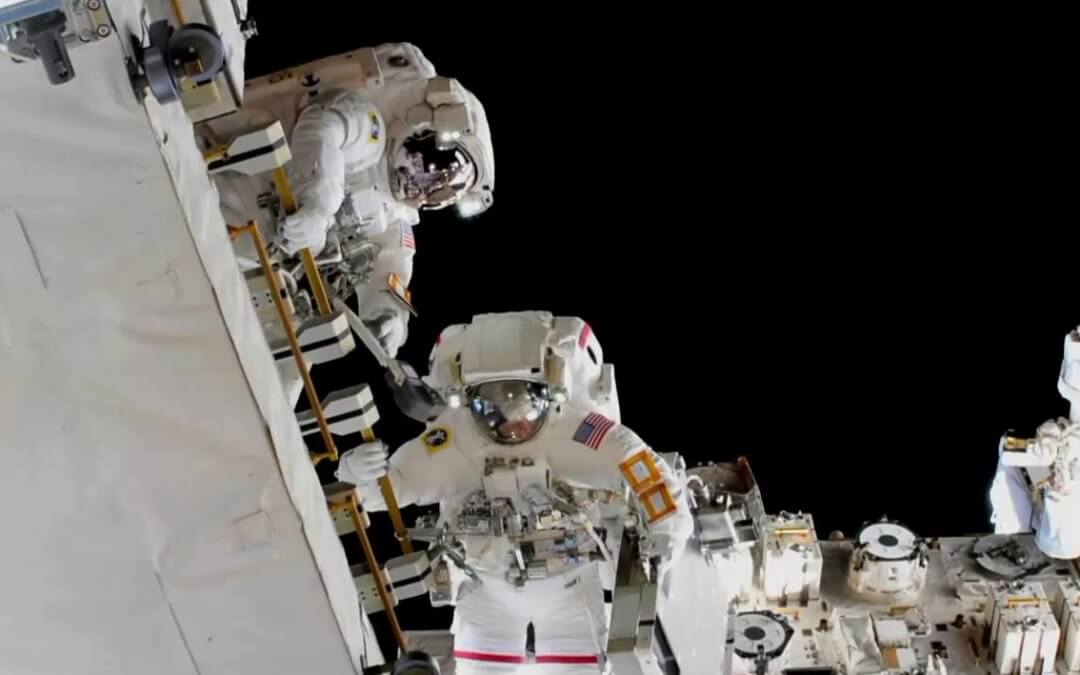 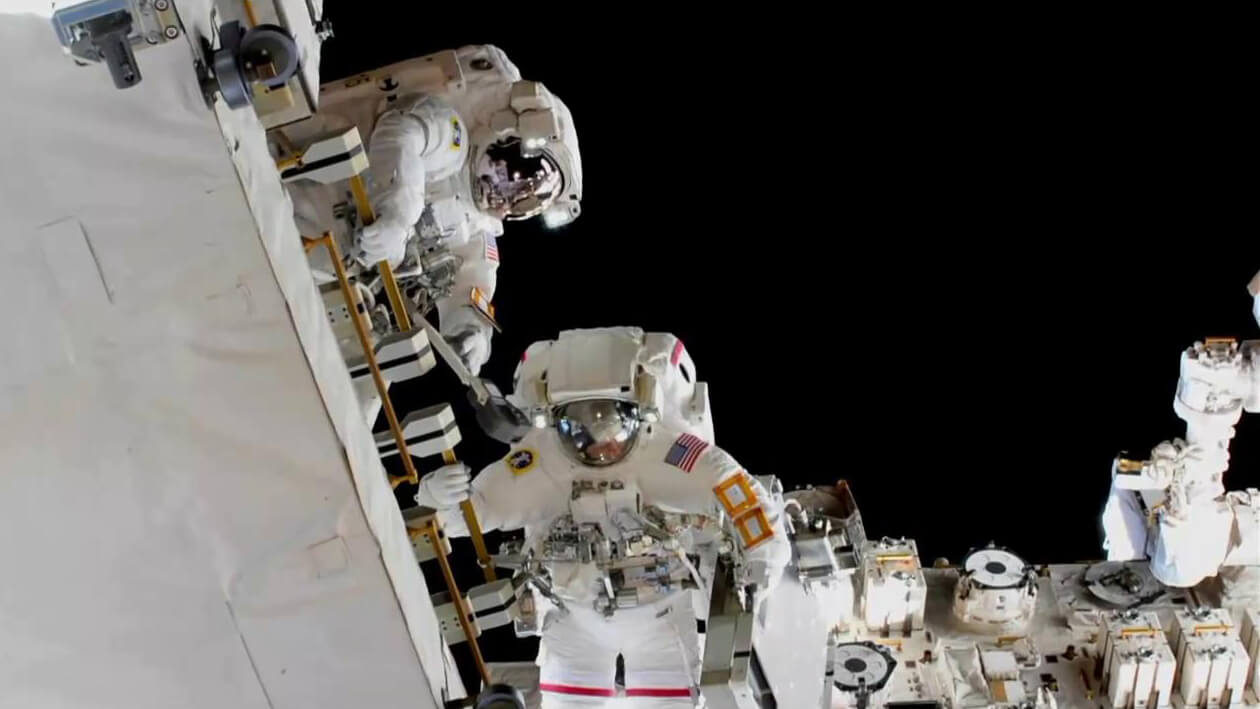 The hatch was closed at 1837 GMT and repressurisation achieved three minutes later (times via Jonathan McDowell).

A follow up spacewalk to install further batteries, which was also planned to be the first “all woman” EVA involving Anne McClain and Christina Koch, has had to be  scrapped as there were not enough “Medium” upper body suits ready.

Update on 1 April 2019: While the “all woman” EVA had to be cancelled due to lack of suitably sized spacesuits, a spacewalk involving Nick Hague and Christina Koch did go ahead on 29 March 2019.  After depressurisation of the airlock, the hatch was opened at 1139 GMT.  The EVA continued with the installation of adapter plates and the installation and connection of a new Nickel Hydrogen battery.  The hatch was closed at 1821 GMT with pressurisation of the airlock completed about seven minutes after that.