SpaceX successfully launched a Falcon 9v1.2FT Block 5 lanch vehicle carrying 50 Starlink satellites at 1712 GMT, 25 February from Vandenberg Space Force Base in California, USA. The spacecraft, collectively dubbed Group 4-11, were carried up to a deployment orbit of approximately 310 x 310 km, inclined at 53 degrees. They were released at just over T+63 minutes. From this higher than usual deployment orbit – for the reason for this see our article here – the spacecraft will propel themselves up to their operational orbit at 540 km. 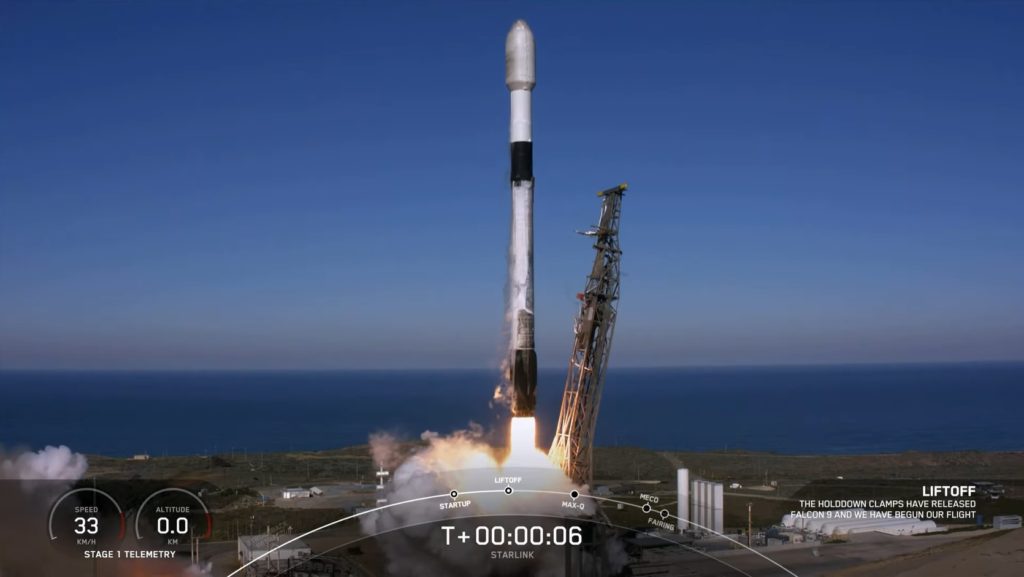 The Falcon 9 launch vehicle lifts-off from Vandenberg carrying its 50 satellites. Courtesy of SpaceX via YouTube

The reusable first-stage, identified as B1063, successfully landed on the drone barge Of Course I Still Love You eight minutes and 30 seconds after launch. The drone barge was positioned down range in the Pacific Ocean.