SpaceX conducted its latest mission in service of its Starlink constellation on 13 November. The launch which carried 53 satellites lifted-off from Cape Canaveral, Florida, at 1219 GMT. The Falcon 9 rocket released the payloads into a LEO deployment orbit. From here the satellites will conduct in-orbit checks before propelling themselves to their planned operational orbit.

Reportedly these satellites are the first ones intended for the fourth Starlink shell. This is located similarly to the first one at circa 550 km and 53 degrees, just slightly lower and with a minor inclination tweak. 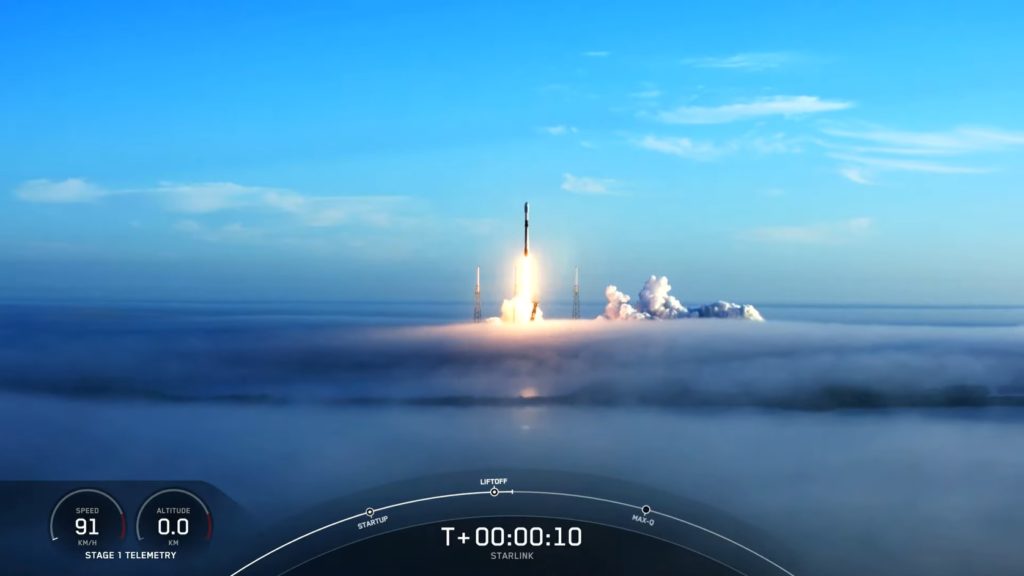 The Falcon 9 lifting-off from Cape Canaveral with its 53 satellite payload. Courtesy of SpaceX via YouTube

The first-stage used in this mission landed on the drone ship Just Read The Instructions (JRTI) located in the Atlantic Ocean at 1227 GMT.