Inhabitants of Los Angeles saw a strange sight in the sky on the night of 22 December 2017 (local time). Some thought it was a UFO or weird atmospheric phenomenon. However, the eery white light and clouds could be explained by the launch of a Falcon 9 rocket carrying its Iridium payload, as planned, from the Vandenberg launch site in California, at 0127 GMT on 23 December 2017.

Ten 860 kg Iridium Next spacecraft (033 – 042), built by Thales Alenia Space, were carried to a near-polar orbit as part of a new constellation of low Earth orbit communications satellites. The flight marked the 18th launch attempt by SpaceX in 2017, a record for the firm, which eventually plans to launch 30-40 times per year. The launch incorporated a previously used first stage without landing legs and steerable grid fins. This was then intentionally not recovered, in effect making the Falcon 9V1.2 an expendable rocket on this flight. 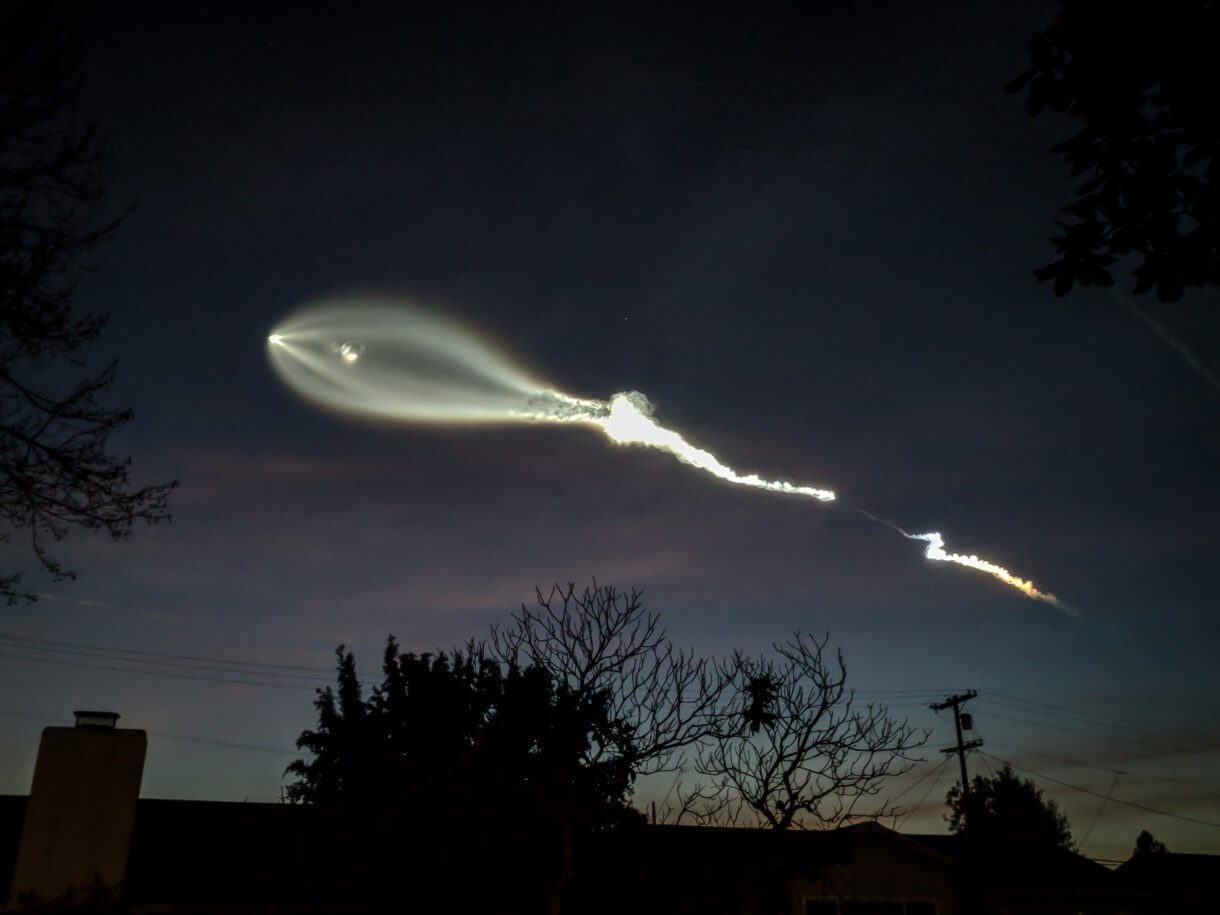 Falcon 9 launch of Iridium satellites was seen over LA in December 2017. Courtesy: Obsballona.net