Less than three days after their previous mission from Vandenberg Air Force Base, California, SpaceX have conducted another launch, this time from the Kennedy Space Center, Florida. The launch took place at 2253 GMT on 11 October, and utilised Launch Complex 39A pad. The mission of a joint “condo-satellite” called EchoStar 105/SES-11 was in aid of two major FSS (Fixed Service Satellite) operators SES S.A., of Europe and EchoStar Corp. which is based in the USA.

Continuing SpaceX’s reusability campaign, almost nine minutes after the first stage lifted-off from the launch pad, it landed itself on another “pad” located in the Atlantic Ocean. The “pad” was in-fact an Autonomous Drone Ship (ADS) called “Of Course I Still Love You”. This marks the 18th time SpaceX have landed a first stage, and the second time that this particular first stage has returned to Earth after conducting a mission. The first time this stage flew was in February, when it was part of the DRAGON CRS-10 mission. 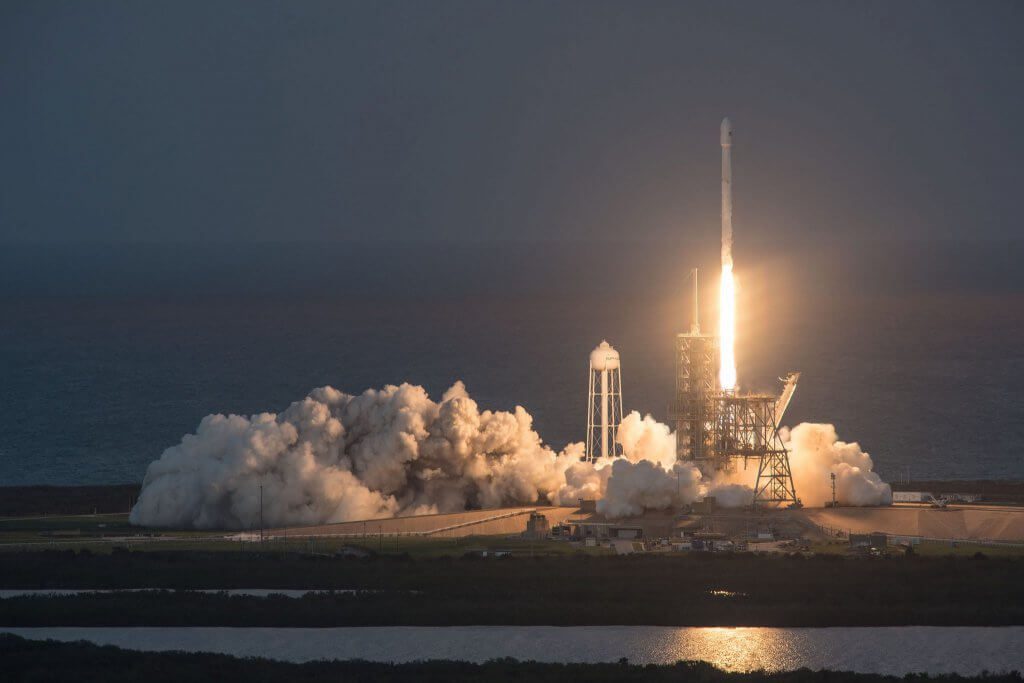 EchoStar 105/SES-11, was ordered from European manufacturer Airbus DS in 2014 and carries both C- and Ku-band payloads. The satellite will occupy the 105 degrees West slot in the GEO-belt in order to provide coverage over North America. SES intends to make use of C-band payload, with EchoStar utilising the Ku-band capacity.