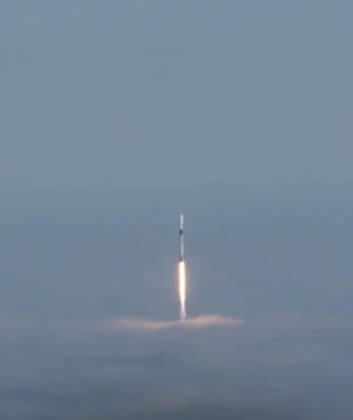 NASA has formally awarded a contract for the launch of the Imaging X-ray Polarimetry Explorer (IXPE) mission. This will take place on a Falcon 9 rocket flying from the Kennedy Space Centre on April 2021. The launch will use a preflown reusable first stage.  The contract is declared by NASA as being worth US$50.3 million. It has originally been envisaged that the IXPE mission would be launched on a Pegasus XL air launched rocket.

Falcon 9 leaps from the clouds as it launches three RCM satellites. Courtesy: SpaceX