SpaceX successfully launched a Falcon 9 rocket at 2149 GMT on 6 January 2022 from the Kennedy Space Center, Florida, USA. The vehicle was carrying 49 Starlink satellites to continue the growth of this constellation. These satellites are destined for the 53.2 degree inclination shell, which has a standard orbit of circa 540 km. 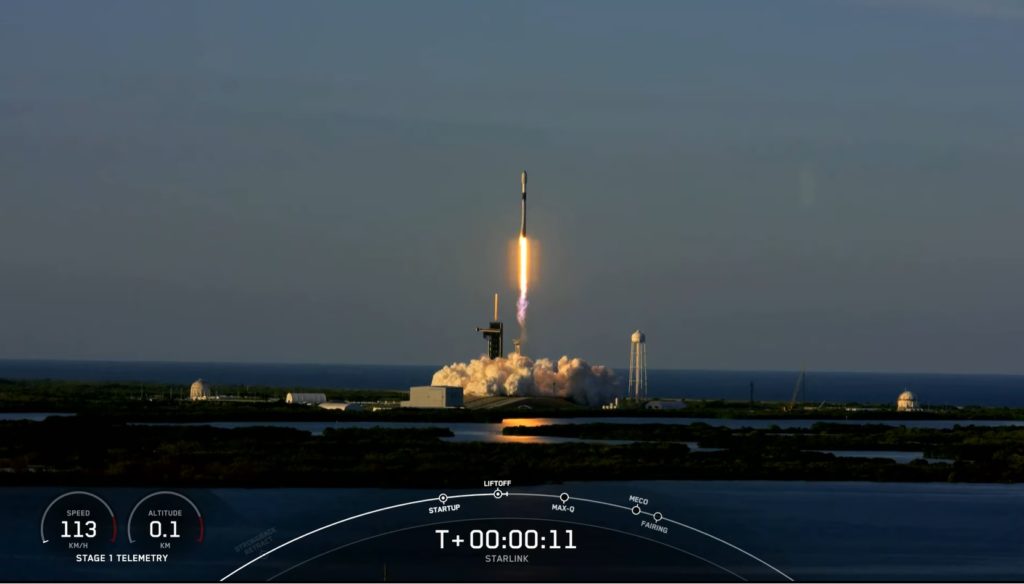 The Falcon 9 rocket lifting-off from with its 49 satellite payload. Courtesy of SpaceX via YouTube

Approximately 8 minutes after launch the first stage of the vehicle successfully landed on the drone barge “A Shortfall Of Gravitas” stationed down range from the launch site in the Atlantic Ocean.

Phil Hylands contributed to this artcile.