At 0222 GMT, 8 October 2018, an SpaceX Falcon 9 rocket, lifted off from Vandenberg Air Force Base, on the West Coast of the USA, carrying the SAOCOM 1A, L-band, Synthetic Aperture Radar (SAR) satellite to Low Earth Orbit (LEO). The satellite was launched for CONAE – the space agency of Argentina – as part of their SAOCOM programme to provide themselves with autonomous radar imaging capabilities.

A secondary objective of the launch was the inauguration of SpaceX’s first West Coast, land-based landing site, known as LZ-4 – previously all landing attempts from Vandenberg had to make use of Autonomous Spaceport Drone Ships (ASDSs) out in the Pacific Ocean. This launch saw the first-stage successfully land at LZ-4 seven minutes after lift off at 0229 GMT. 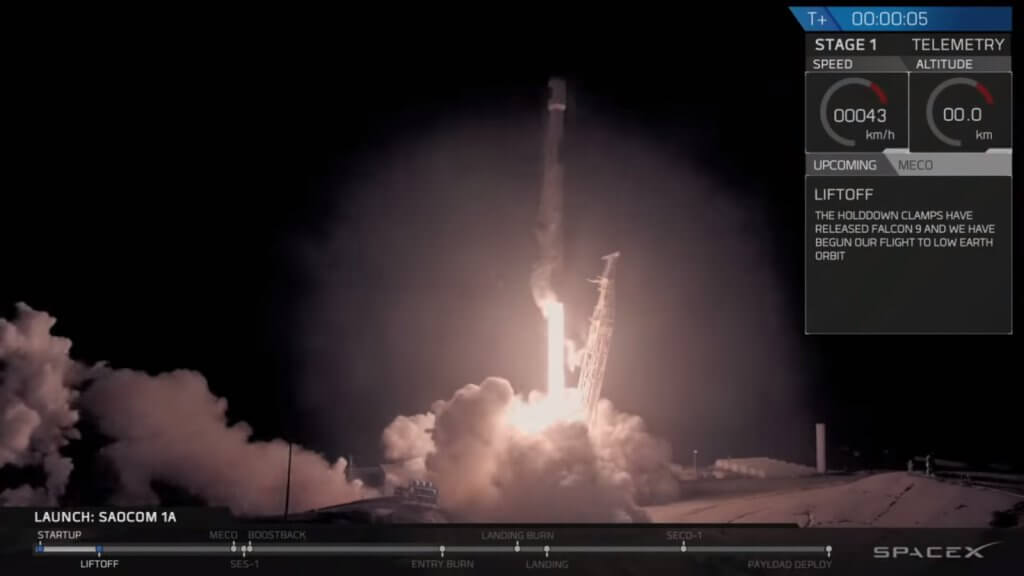 The Block 5 Falcon 9 lifts off from Vandenberg carrying the Argentinian SAOCOM 1A. Courtesy of SpaceX